The world’s oldest bread (so far) in Jordan

Someone burned the toast, apparently, and that’s part of the reason that researchers found bits of it still in 14,400 year-old ovens in Shubayqa 1, a hunter-gatherer archaeological site in northeastern Jordan.  Headlines on July 16, 2018 described the study about the oldest bread known, led by Amaia Arranz-Otaegu from the University of Copenhagen. Turning most beliefs about agriculture and society on their heads,  it showed that our ancestors baked bread with einkorn, a wild wheat, thousands of years before the first cultivated fields.

Scientists already knew that people managed existing stands of einkorn (wheat) and many other plants, that they harvested and stored grains, that they ground grains, and that they made them into flat cakes that they cooked, long before they began to grow wheat in fields. Archaeologists have discovered grinding tools with grain fragments in Mozambique from 105,000 years ago; from Australia about 50,000 years ago; and from several places in Europe about 33,000 years ago. Shubayqa 1 is the first site, however, to have the burnt bread in the hearth. Even Paleolithic hunters and gatherers had a good reason to go through the laborious process of harvesting grains and tubers, and preparing the bread. Grinding and cooking plants allows people to gain substantially more energy from them than from the raw ingredients.  Some archaeologists think that the bread discovered at Shubayqa 1, however, may have taken even more energy to make than it gave back in nutrition, in part because it was so hard to gather wild wheat seeds.

Professor Dorian Fuller at the Institute of Archaeology in London, a co-author of the report, said that the bakers might have intended the bread for religious ceremonies, which would justify the extra work. After all, the bread was in a well-made stone building with flat floors, built-in hearths, and other fragments of food from the long-ago feast. Dr. Fuller said, “This discovery . . . reveals that people . . . had begun to consume food for social, cultural, and potentially ideological reasons.”

Dr. Fuller’s hypothesis finds strands of support in other wheat-related discoveries in the Middle East. People had been cooking and eating wheat at least 23,000 years before the present, and nearly 10,000 years before the bread at Shubayqa 1. The earliest evidence so far (new discoveries are made every year) is from the Ohalo II site, about 23,000 years ago, on the shore of the Sea of Galilee. Charred seeds of emmer (another ancient form of wheat) were found in a settlement that contained six huts, six open air hearths, and a grave.

Three thousand years after Shubayqa 1, the first fields of cultivated grains were einkorn and emmer  discovered near the temples at Gobekli Tepe in southeast Turkey. Archaeologists there hypothesized that the hunter-gatherers who built them started planting wheat so that they could be close to their places of celebration and burials. Scanning electron microscopes allowed researchers to analyze 24 fragments of the several hundred pieces of bread. Most of them (75%) were made only from einkorn, further supporting the idea that the people of the area valued wheat above other grains. The gluten-rich seeds would make flatbreads that were 1/4 inch-thick, more delicate and perhaps better-tasting than those  made of oats, barley and ground tubers from sedges. 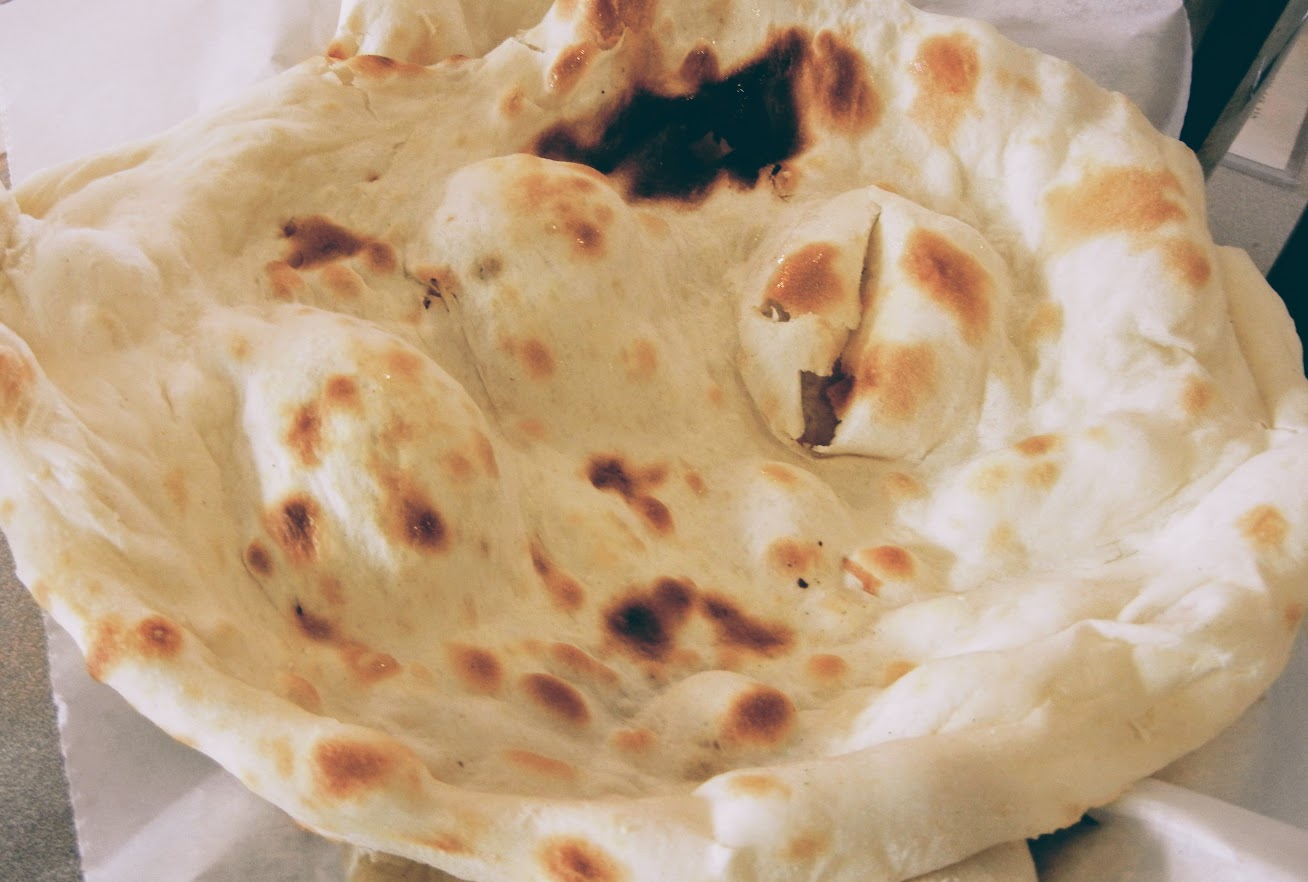 This bread was baked near the end of the Upper Paleolithic era, which started about 50,000 years ago and ended with the beginning of agriculture around 10,000 years ago. It suggests that the Paleo diet may need some revision.  How long now, until a recipe comes out for the “real” Paleo bread, and people can return to enjoying the food of their ancestors?

The Shubayqa 1 site, with oven where researchers discovered ancient bread.