Sicilian wheat, a smattering of tastes 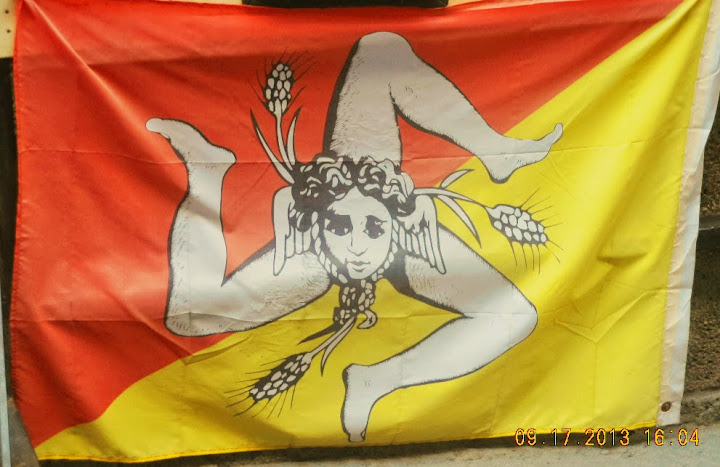 The Sicilian flag shows Medusa’s head, with ears of wheat alternating with the three legs that some say represent the three corners of Sicily. One source says that the Gorgons (Medusa was one of three) represented the destructive aspect of Athena. Perseus cut off her head and presented it to Athena who wore it on her shield. Thus the presence of Medusa on the Sicilian flag shows Athena’s protection of  the island.

The three legs show up in symbolism elsewhere in Europe and throughout the world, so  they may represent other qualities as well. In 1082, the Normans who invaded Sicily took the three legged-symbol back to the Isle of Man, which then used it (just the legs) for its own symbol. Another interpretation of the three legs is that they represent the Greek name for Sicily, trinakrias, Sicily adopted the flag in 1282; its red represents Palermo, and  the yellow stands for Corleone, the two major cities of the time on the island.

Wheat has been one of the glories of Sicily since its Greek days, and possibly before. A couple of years ago, a friend guest-blogged here about Gold from Sicily. Since that  time, I’ve had the good fortune to visit Sicily and see a bit of that history and present day myself. Although we went in September and missed seeing the wheat fields in their glory, we had ample chance to sample Sicilian cuisine. From pastas to pizzas, from elaborate cakes, to memorials of martyrs, to daily breads, we saw and tasted wheat in many forms. Here are a few. 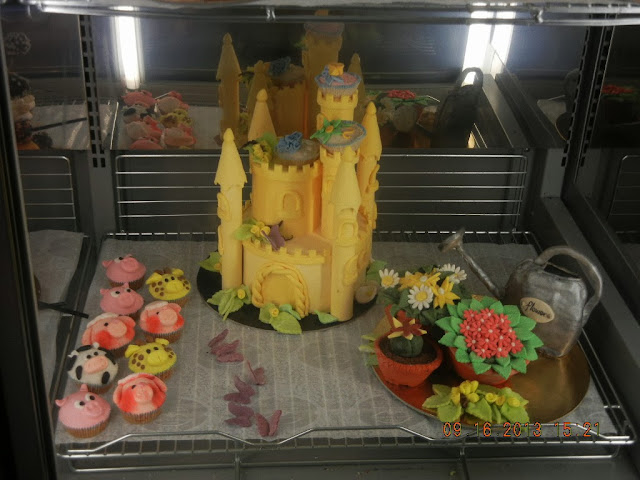 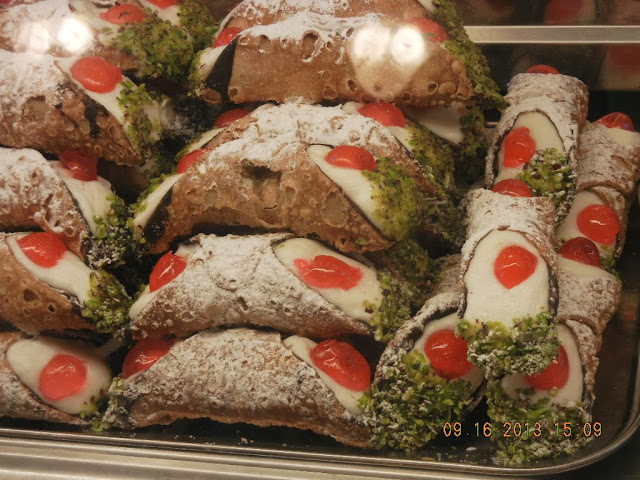 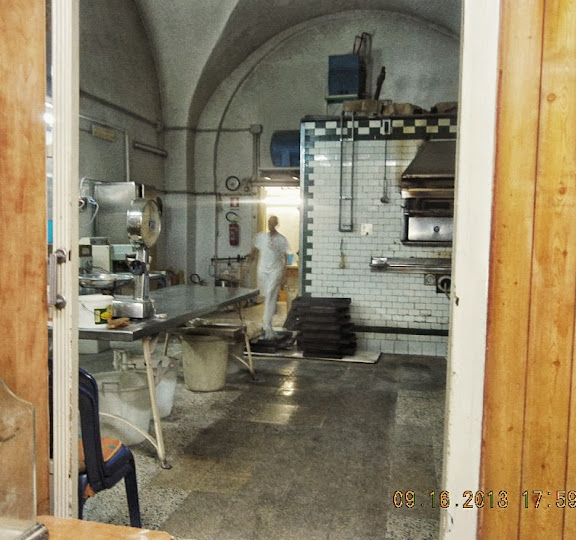 Baker in small shop near the waterfront, Catania. 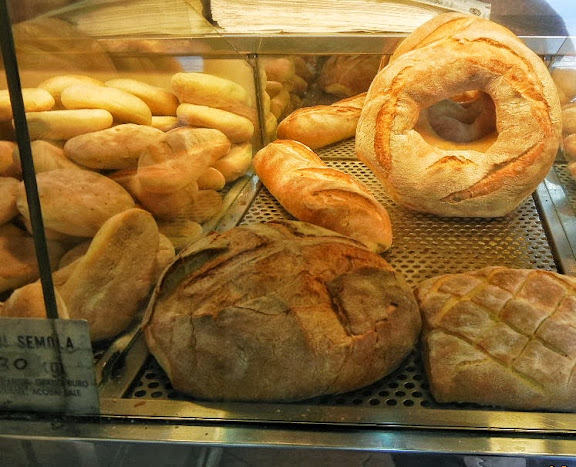 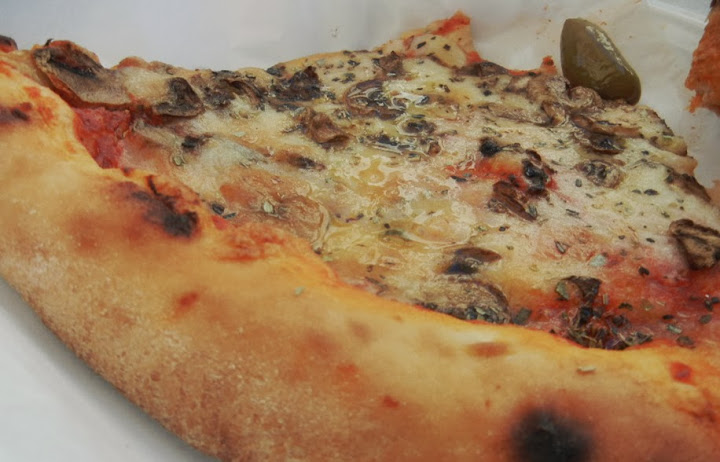 Pizza for lunch in Ortygia (Siracusa), from Cafe Professore, eaten outdoors on a square (September 18). Cafe Professore — everything you could want in an Italian cafe on a hot day — a shady spot on the square, good pizza, cold drinks, gelato, and air conditioning inside for a brief respite from the sun’s heat. 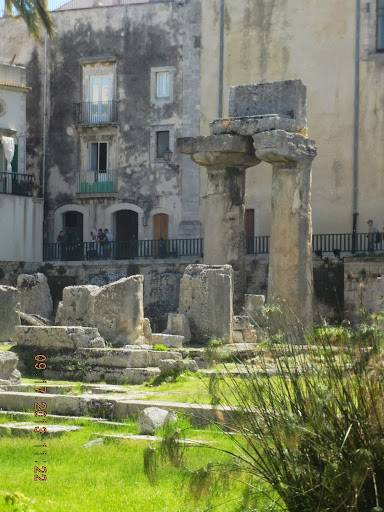 Ruins of the temple to Apollo, just down the street from the Cafe Professore.

Sfinciuni, the Sicilian version of pizza (recipe and more detail here). Alice at the Hotel Trieste sent us to a bakery nearby to get this. This one is stuffed with broccoli, and a bit of onion and mushroom. 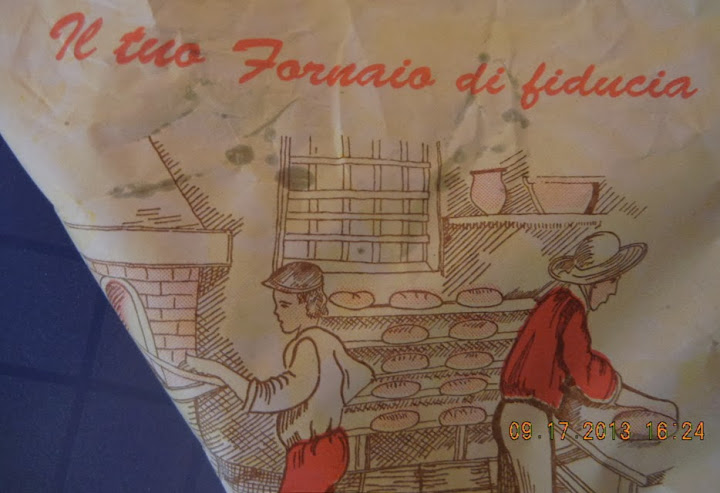 The wrapping paper for the sfinciuni. 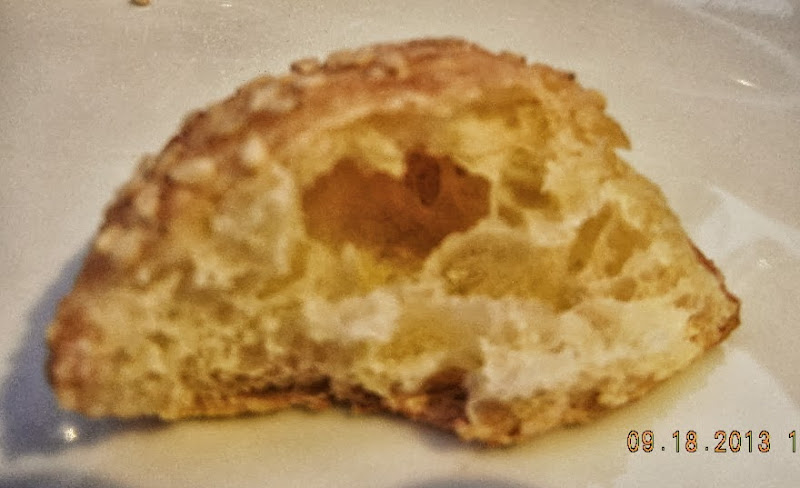 Bread for dinner in Catania, September 18. 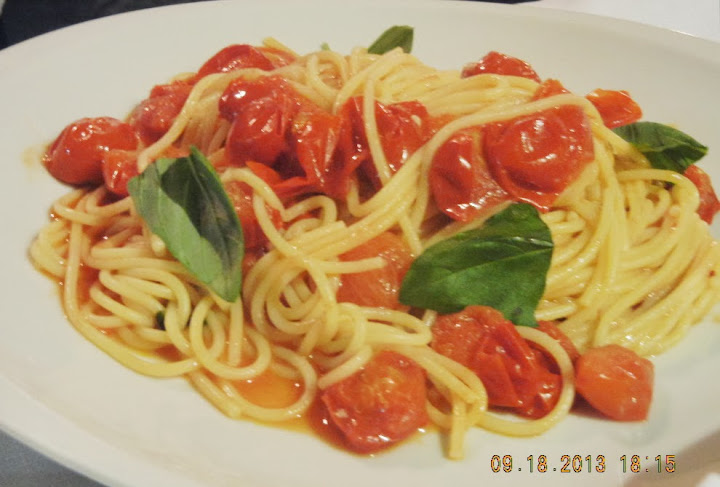 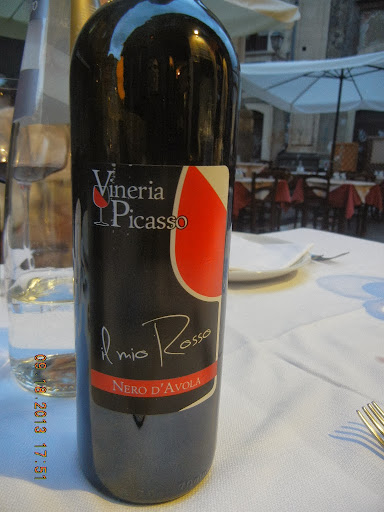 The house wine, at Vineria i Picasso.