Nursery Rhyme Pies with surprises inside 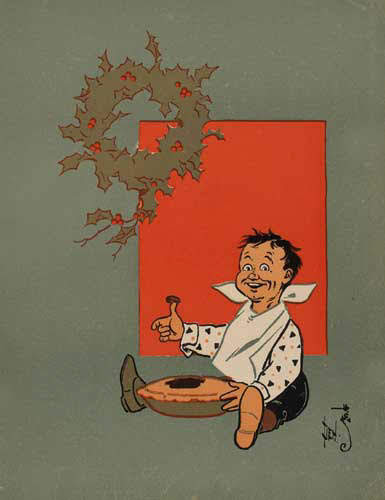 Little Jack Horner
Sat in a corner
Eating his Christmas pie
He put in his thumb
And pulled out a plum
And said, “What a good boy am I!”

It’s a familiar nursery rhyme that has been said to be about stealing land during the reign of Henry VIII. Whether true or not, the story goes that the Abbot of Glastonbury, one of the last abbeys to be confiscated by Henry VII in the 1530s, decided to bribe the king with a Christmas pie that contained the deeds to twelve of his properties (other than the Abbey itself) rather than the ingredients of a regular Christmas Pie.

The classic Christmas pies were large, well suited to hiding deeds, and the sort of thing that an abbot would be expected to send to the king. In Henry’s day, they were filled with mincemeat containing thirteen ingredients (one for Christ, and twelve for the apostles). They had mutton, representing the shepherds in the Nativity story, and a rectangular box shape like that of the manger  Thus, the Abbot’s pie had symbolic meanings, as well as being a gift he hoped that the king would accept.

The abbot delegated delivery of the pie to his steward, Thomas Horner (who became Jack in the nursery thyme, because the name “Jack” was often associated with someone up to no good). Thomas took the pie to the king, but before he got there (so the story goes), pulled out the deed to Mells Manor. Because he was Protestant, Thomas got to keep the manor. The King had the abbot hung anyway, took the rest of the abbey and properties, and everyone continued on. The Horner family owned Mells Manor into the twentieth century; no word about whether they kept up a tradition of Christmas pies. 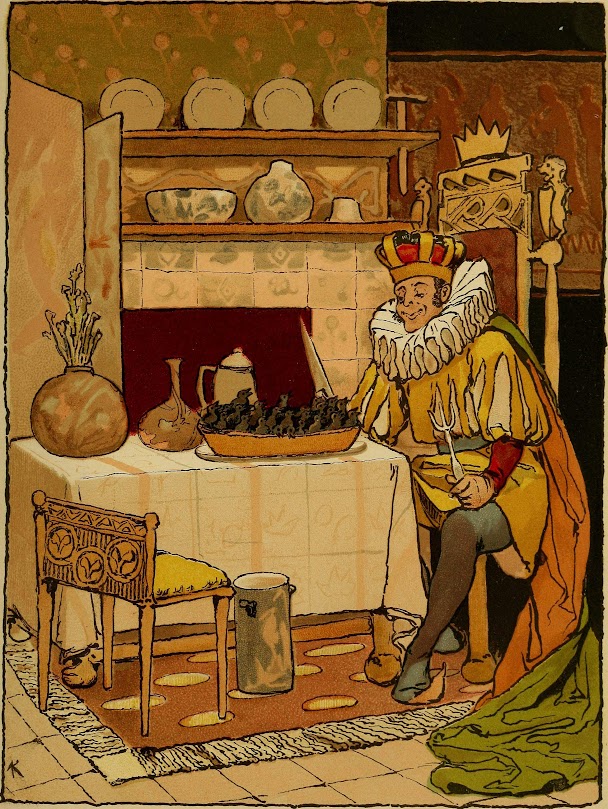 Four and Twenty Blackbirds Baked in a Pie

Another familiar nursery rhyme had blackbirds instead of plums in the pie:

Sing a song of sixpence,
A pocket full of rye,
Four and twenty blackbirds
Baked in a pie.

When the pie was opened
The birds began to sing
Now wasn’t that a dainty dish
To set before a king!

The king was in his counting house,
Counting out his money;
The queen was in the parlour,
Eating bread and honey.

The maid was in the garden,
Hanging out the clothes,
When down came a blackbird
And pecked off her nose.

In this case, the pie was an entremet, an entertainment served between courses by wealthy hosts. Birds, pigs, and frogs, even people, could be trapped inside a big pie shell, and let out by breaking the crust, to amaze the guests. One interpretation of this nursery rhyme also ties it to Henry VIII.  Henry VIII was the king in the counting house, and the singing birds were people who turned others in to save their own hides, or to get rewards (a pocket full of rye) from the king. The queen was Catherine of Aragon (note that she was eating bread and honey, not pie), and the maid in the garden was Anne Boleyn.

Both of the rhymes demonstrate one of the essential qualities of pie crust. Properly made with wheat, it is a structurally sound container. An engineering school’s experiments with building the perfect gingerbread house led to the conclusion that “Dough with a tough, springy consistency and decreased moisture content is ideal, and can be achieved by using flour with high protein content, such as bread flour. Higher-protein flours contain more glutenin and gliadin proteins, which create the springy gluten network that gives dough its elastic properties.” From the Middle Ages into the present, pie crusts have been used as free-standing structures in which food was cooked, or  as containers holding entertainments of live creatures.

A German cookbook from 1553 described how to make the crust. It advised the cook to take flour, mix it with eggs, melt some fat in boiling water (which could have been butter or lard, or other meat fats), pour that over the flour, and  “work it well.” (i.e., knead it to develop the gluten). The cook shaped the dough into whatever three-dimensional shape was needed. Then they shaped a lid and fastened it to the box with water,  crimping the edges together with their fingers. After filling the crust (or “coffin,” from a French word meaning basket), the cook baked it.

Sometimes the crust was inedible, but just as often, it could be eaten as part of the meal. If the nobility didn’t eat the crust, they often passed it on to poor people, who relished the pastry soaked with the juices of the meats and spices that had filled the pie.  Alternatively, baking food in the relatively dry and impenetrable crust could preserve food, if the top layer of crust was sealed with fat of some sort. 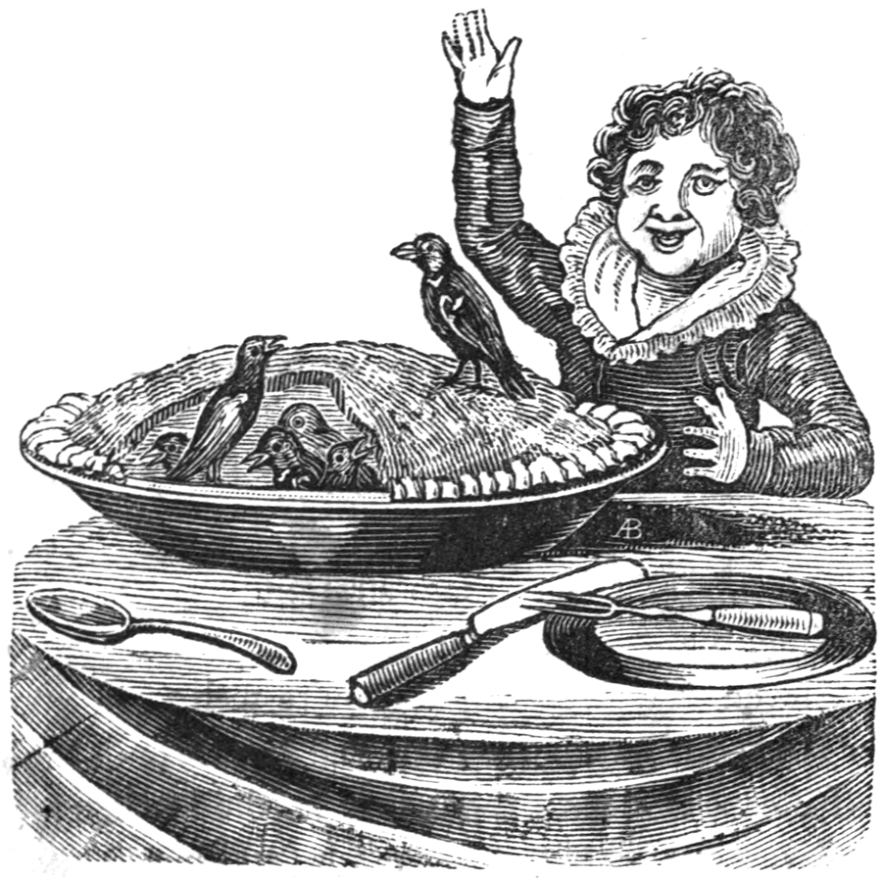