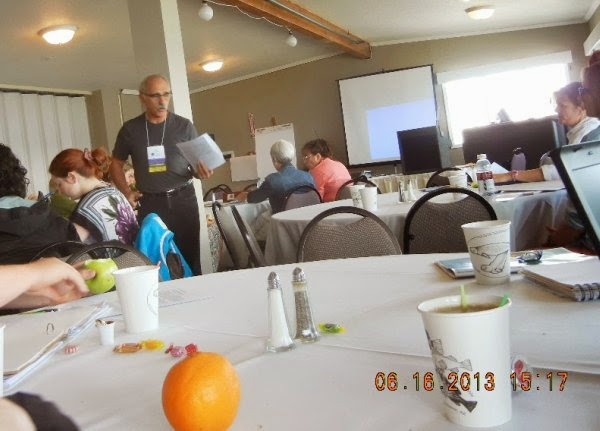 This was the last workshop of Sunday afternoon. Luckily, Rich is a very funny guy, lively and engaging. The average age in the group was about half that of the typical group over the past couple of days — his abilities as a college professor were well displayed.
Land’s End deck at break time. I think that some of the conference people may have stayed on for the rest of the afternoon. Not much wind, not too much sun – it was close to a perfect day for deck-sitting. 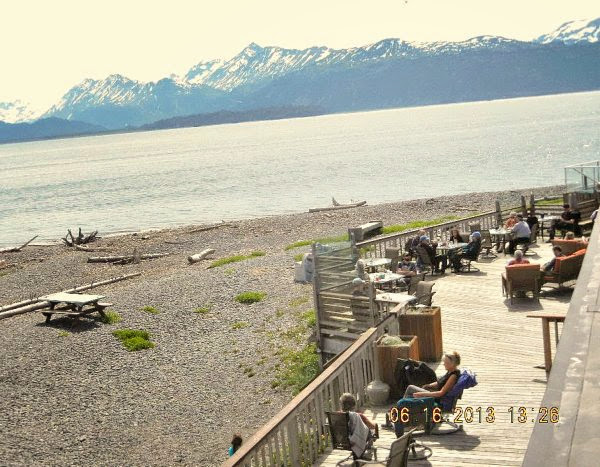 We took the morning off, mostly, and the evening too. The tail end of the morning session on publishing focused on some of the differences between writing for paper books and other forms of writing. “We’re not screenwriters here,” noted one of the editors. “We’re not rewriting the author’s work; we’re editing and making suggestions (copy editing comes in later as part of the publishing process).” They worried about e-books, but recognized that some of the books that they see and like may do better online than in print.
Lunch was a Question and Answer with Naomi Shihab Nye, the keynote speaker. She’s done a fair amount of teaching  children, and likes to talk about it. She mentioned that opening a class for children with a song worked for her because the kids figure that anyone who’s going to start by singing a slightly goofy song  isn’t likely to be measuring them. Someone n the room asked for a song she’d used; “Rutabaga, rutabaga, rutabaga, roo” was the refrain that we all sang along with.
A question for Naomi was whether the publishing process wasn’t extraordinarily frustrating. She noted that she is working on the twelfth draft of a children’s book that’s taken her five years so far. It’s gone from a simple short illustrated book, to something with more text and a different audience. It does require patience; she thought having a small group of people who believe in your work helped get through. And it does seem that she always has a lot of work in process. She has talked often about the Middle East too, and the wars’ effects on children. Her voice is powerful because of her background, and because she is so candid and caring.
One writing exercise for the first afternoon session called for taking a “form or object from daily life, and using it to organize concepts and to structure thoughts. Playlists, for example, or recipes, gardening, maps, and so forth. We did the exercise, and discussed choices that people made: shoes, grocery lists, carry-on bags, Led Zeppelin. That class was about making research an integral part of your work rather than turning out like lumpy oatmeal with undigested bits of facts distorting the shapes of your sentences.
Lunch consisted of plates of Pad Thai, which the server proudly offered to us as “vegan and gluten-free.” It was a mound of noodles, sauced brown, with a few little shreds of carrots and zucchinis tucked away in the interstices. I couldn’t eat the rice noodles, and that was all there was, so she brought me a couple of slices of toast from the restaurant. There was no salad, no dessert. An odd meal. I shared my toast (they were big pieces), and my chocolate, and someone else had a bag of fresh cherries, so at least our table  did OK.
Jim and I walked after the last class, along the Spit. We saw:
Gulls on a roof. 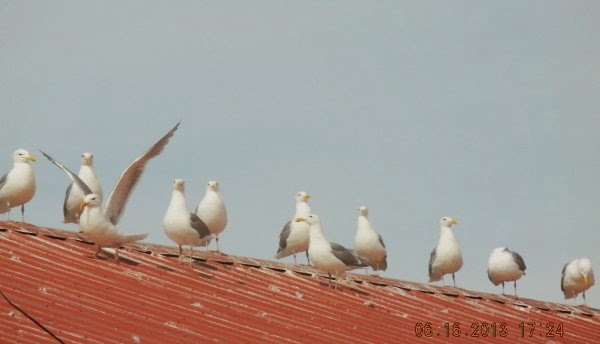 An eagle nearby, showing his best side no doubt. 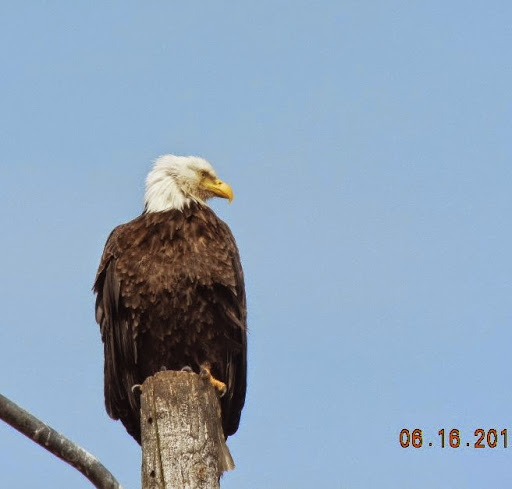 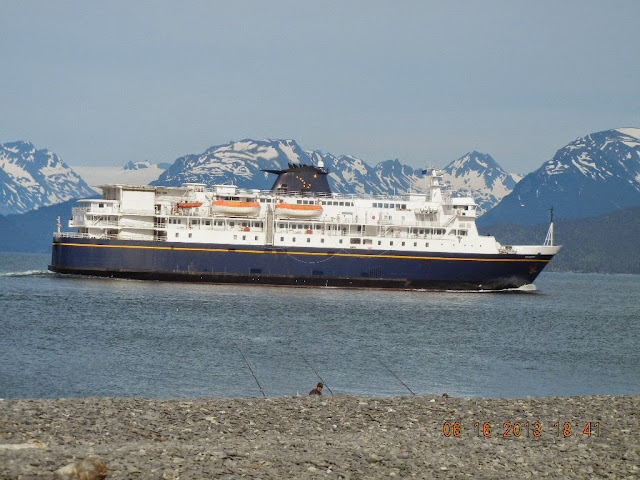 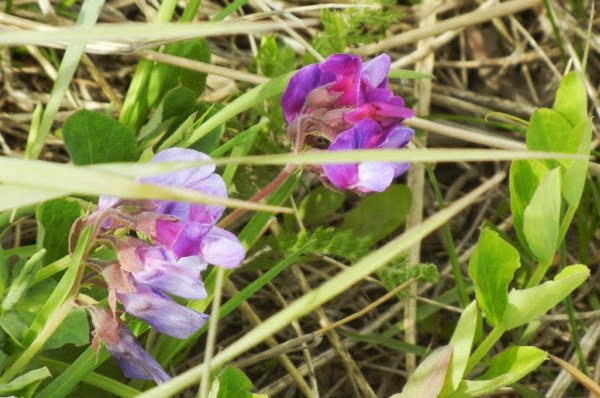 Then we went to dinner at Land’s End for Fathers’ Day. 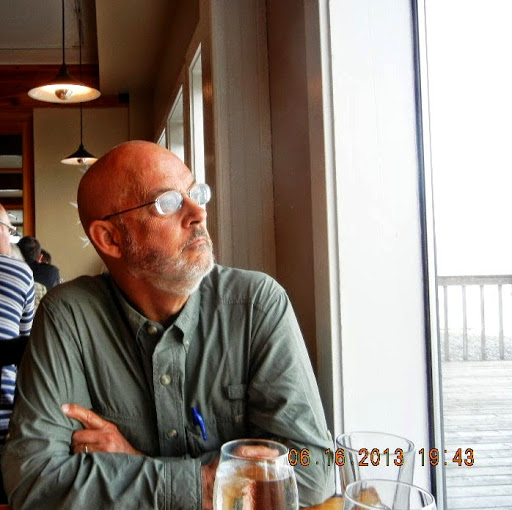 And afterward, walked on the boardwalk along Bishop’s Slough where we heard a crane, and saw a pair of swans. 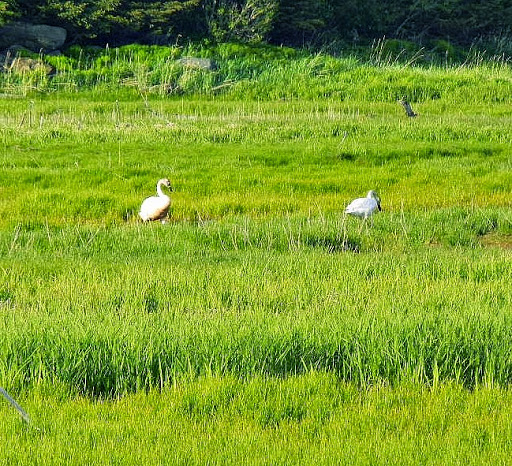 It all is very different from our trip less than a month ago, when everything was brown and chilled from the weekend snow.