This post should be in the middle of the account of our Camino — and if I  ever figure out how to do that, I’ll put it in it’s rightful place. Until then, it will stay here. It was one of my favorite days despite the difficult trail. 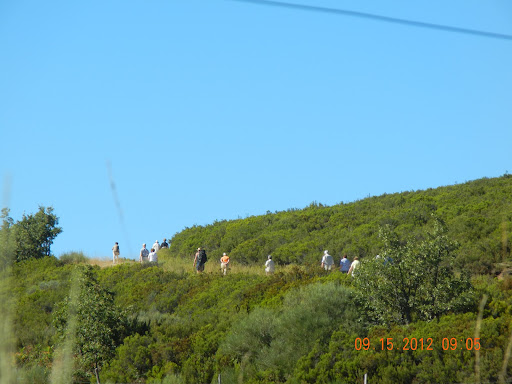 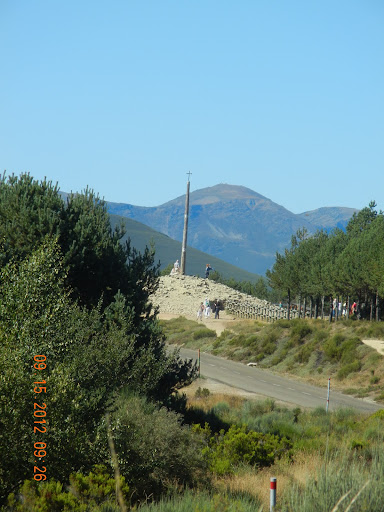 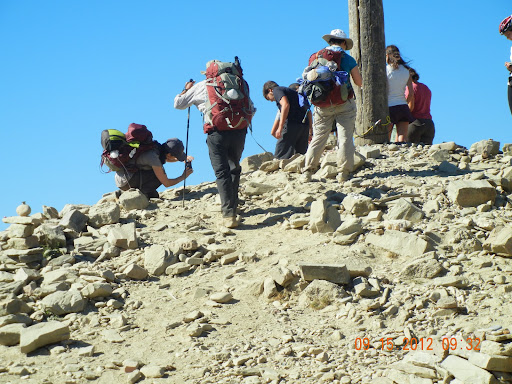 Offerings at Cruz de Ferro — various stones, some painted or inscribed; a chestnut (just below the blue stone). 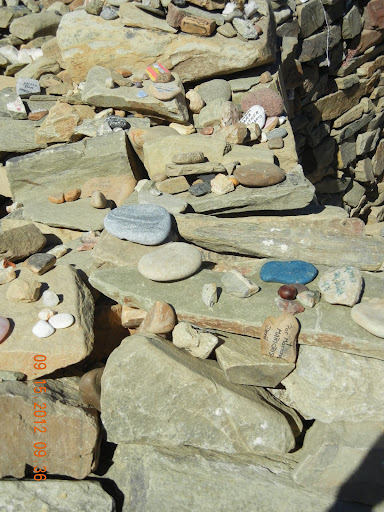 Cows in a pasture, west of Cruz de Ferro, framed by the small native oak trees in the forest that we were walking through. We saw a few cows pasturing in Foncebadon too, the first we have seen in fields on our walk. 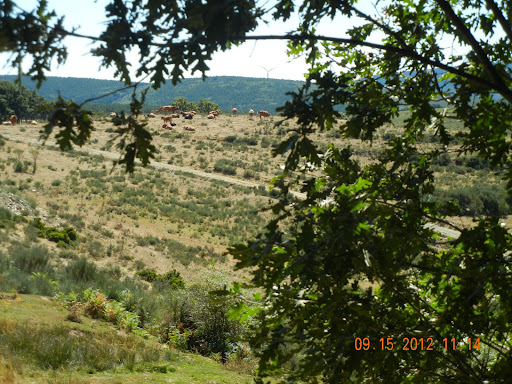 Wind turbines and cows near Cruz de Ferro. We saw lots of turbines today, and have seen quite a few in earlier days. 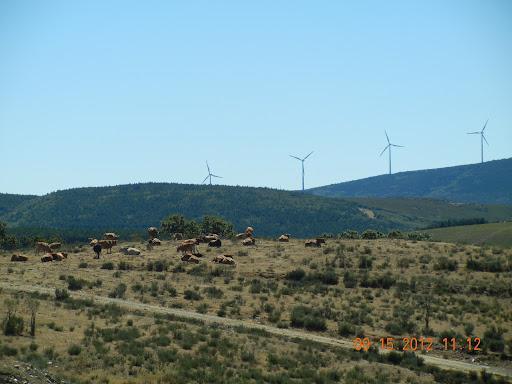 A small stone shed built into the hillside (not far from the cows). The roof is slabs of slate; note the rock that’s weighting down one of the front pieces. 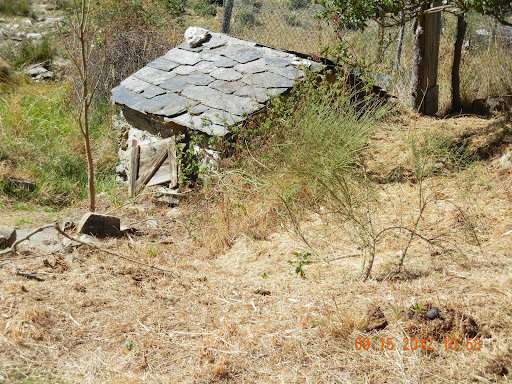 A view of the path downhill, that really doesn’t capture how steep it was most of the way. It does show that it was made of ruts, exposed rock, pebbles and loose stones, and dust (with the occasional gnarly tree root for variety). Jim is closest, in the photo, patiently waiting for me to take yet another picture. The three peregrinos ahead of us will beat us to El Acebo (you can see the rooftops) by a good half hour because I am so very slow. 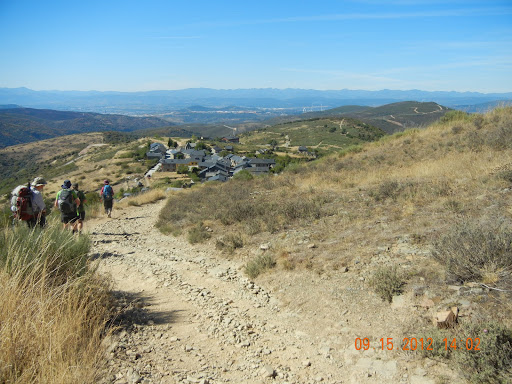 A pilgrim memorial along the way. We see these several times a day, some small and simple with brass plaques; others more noticeable; some with photos or  a little description of the person honored.. 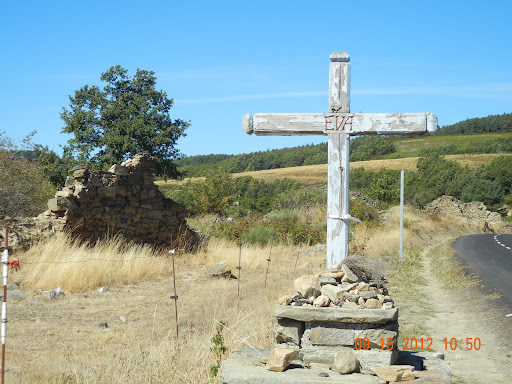 Tomrrow’s destination, Ponferrada, from above El Acebo. Note the nuclear power plant — the squat steaming cooling tower to the left of the city. These photos look hazy, but the sky was clear, cloudless deep blue; the sun hot — mid-80s. 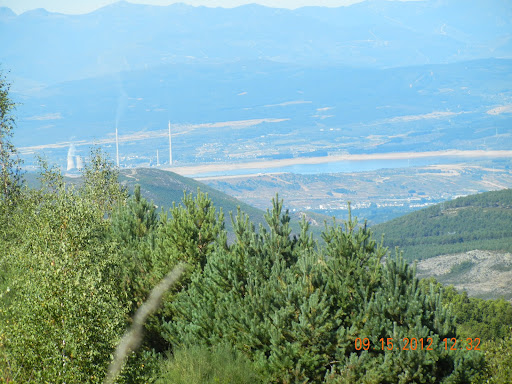 Regina in El Acebo with Perrita (little female dog), who followed people (including us) up to Cruz de Ferro, and then followed other people all of the way to El Acebo — twelve kilometres or about six miles. Perrita arrived in El Acebo just about the same time Jim and I did, a couple of hours after Regina and Anthea. They were delighted to see her, but concerned — they found food and water for her, and then got our hotel owner to call the bar in Foncebadon where we met her. The owners eventually drove over to El Acebo to pick her up — this may not have been her first excursion out of Foncebadon along the Camino.

The view from one of our bedroom windows at La Rosa del Agua in El Acebo. 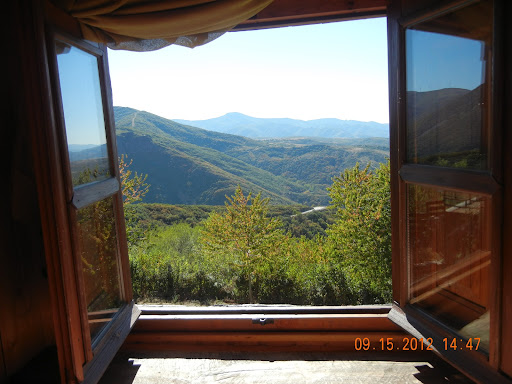 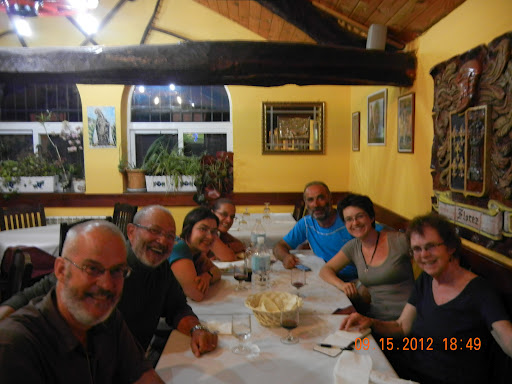