Posted on October 16, 2012 by Road Trip Teri
Two days in New York City — how much can we cram into them? Miles of walking (8 one day and 10 today, some theater, shopping, and plenty of serendipitous (or not) adventures. Jim’s been under the weather a bit, so he stayed in Fairfield, New Jersey, where we have a pleasant  Hampton Inn hotel — everything works, there’s heat and wi-fi, two towels per person, and six hangers in the closet (the usual Spanish wardrobe had four, no more). Plus, there’s a laundromat, free breakfast, and a newspaper every morning.
Anthea and I have taken the half-hour bus ride from a spot near the hotel into the New York Port Authority each morning, and from there, have walked, taken the subway, and even called a few cabs. For Friday, we tried to focus on getting a couple of essential items of clothing to complete our outfits for tomorrow’s wedding, on meeting some of Anthea’s theater friends from Anchorage who are making their way in the big city; and on seeing an off-Broadway play written and performed by several of Anthea’s classmates from Carnegie Mellon. Saturday, my desires were to get to the Strand bookstore, the Union Square market, and the Nordstrom Rack; Anthea wanted also to get together with friends in Queens and to see “Newsies” — the new lead is another of her CMU drama school compatriots.
The thing about Manhattan is that something new is going on in every block. Walking down Fifth Avenue on Friday, we stopped in at St. Patrick’s Cathedral to light candles, and got to sing the hymn at the end of Mass which was an old Irish favorite. We saw Sukkot booths and signs honoring the Jewish holiday. We came around a corner and discovered the New York City Public Library lions, which had to be photographed even though we didn’t have time to go into the building.
Besides all of the people and buildings and events, we had shopping to distract us — a bead store here, a Japanese book store there. On Friday, we went to Bloomingdale’s. The departments (at least clothes) seem to each be little fiefdoms, so while the ladies in one department will be immensely helpful while you’re looking at “their” clothes, if you can’t find what you want, too bad. On Saturday, Nordstrom’s Rack and the Strand bookstore (18 miles of books) sated our desires.
Friday night’s play, “The Old Man and the Old Moon,” was two hours of folk music, shadow puppets, and high spirits telling a folk tale about an old man who abandons his duty of filling up the moon with light to go looking for his missing wife. It seemed an unusual play for New York theater, but the house was full and the audience enthusiastic because it was so captivating. Pigpen, a group of six guys with whom Anthea worked during her CMU years, wrote the play and did all of the acting — they won top honors at the New York Fringe Festival in both 2010 and 2011, and looks like they may set new records in the off-Broadway world as well.
We took the bus home at midnight, but didn’t know where the bus driver would let us off — it turned out to be an isolated spot a mile or more from our hotel (we figured that out with Anthea’s GPS. We set off to walk there, accompanied by the crickets and frogs in the chill night air. It’s quickly apparent to anyone who’s walked along highways how little accommodation car roads make for pedestrians, and midnight just emphasizes how vulnerable walkers are. We were delighted to see another hotel along the way where we could ask about calling a cab. Instead, the manager there suggested calling our hotel, and sure enough, they very kindly sent a van over to pick us up.
I got back to the hotel about 6:00 this evening, and ate dinner with Jim at the hotel restaurant. Anthea stayed in town to see another classmate play the lead in “Newsies.” Tomorrow, we will spend much of the day at our friends’ daughter’s wedding, and then pack for our flights out on Monday afternoon. Anthea heads for Seattle, and we’ll go back to Anchorage.
The Empire State building; King-Kong was off-duty yesterday. 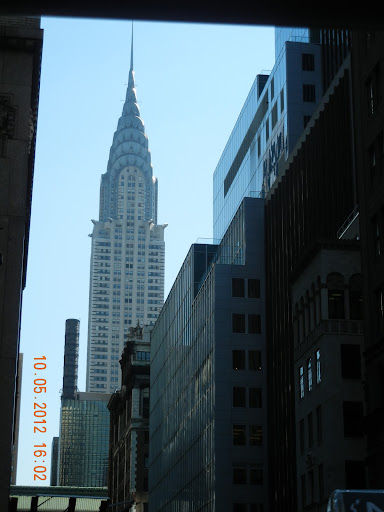 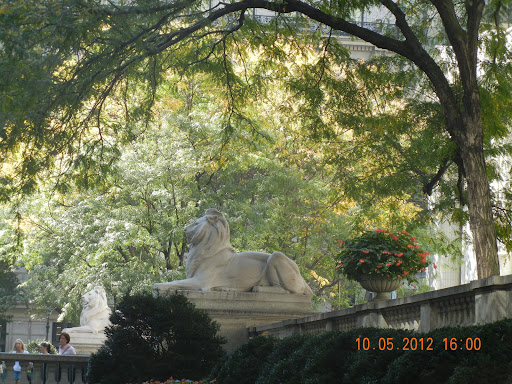 Napping in a park; juggler in the background. 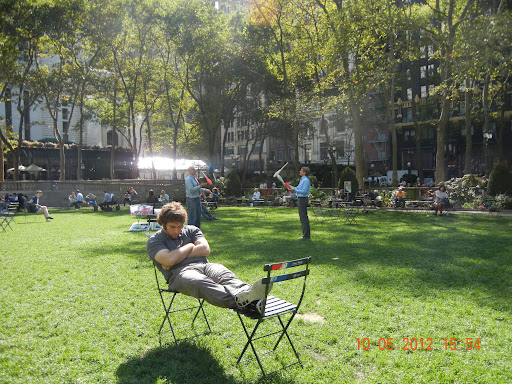 A Jewish Sukkot holiday display in Bryant Park. Anthea’s research on Sukkot says that the holiday commemorates the years during which the Hebrews wandered in the desert and lived in temporary dwellings. The greens on the top of the buildings or structures created for the occasion are always of green plants to honor this (I hope I have gotten this close to correct). 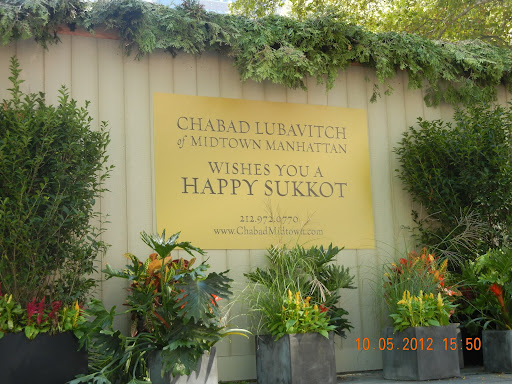 A mobile Sukkot booth, which is apparently also conveying the teachings of a particular rabbi. 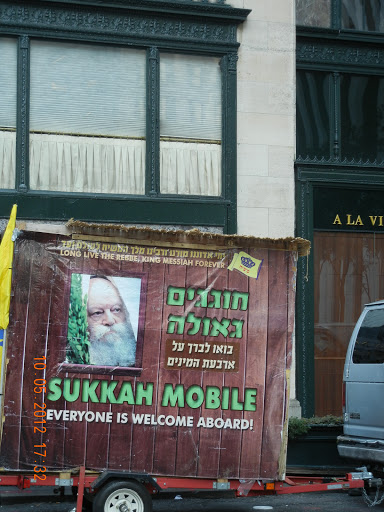 Sunflowers for sale, reminding us of all of the sunflower fields along the Camino, from Pamplona all of the way to Santiago. 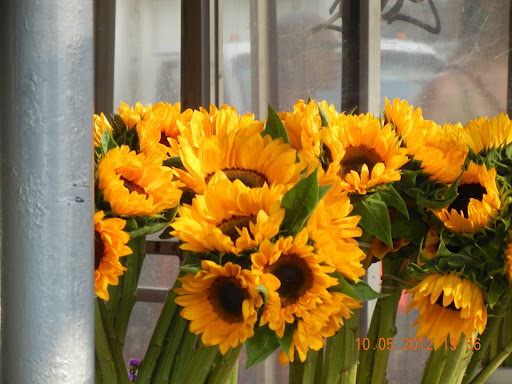 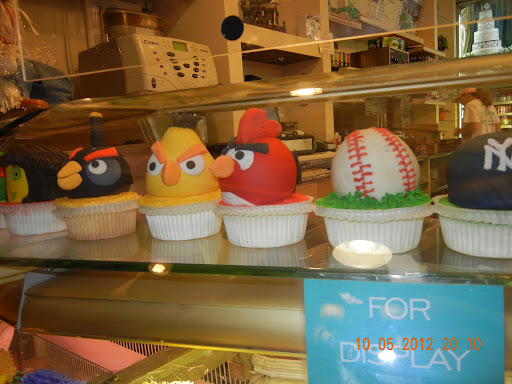 Cartoon characters at Broadway and about 41st, on Saturday. They each have a tip jar, and the idea is that you can get your photo taken with them. By the time I came back to that corner late in the afternoon, Micki and Minnie and half a dozen others had joined them. 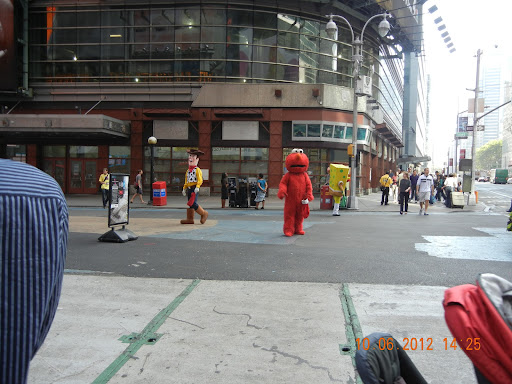 People organizing and dressing for the Korean parade on Saturday. The very Scandanavian-looking woman (second from the right) appeared to be in charge of the women in the long dresses. 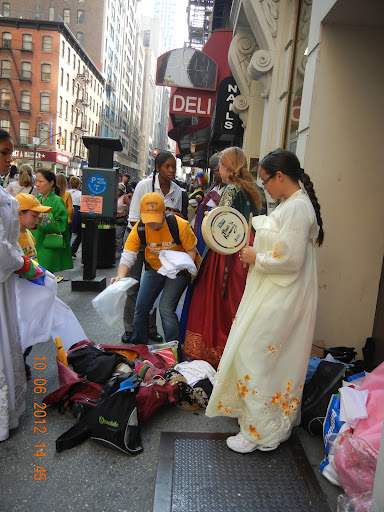 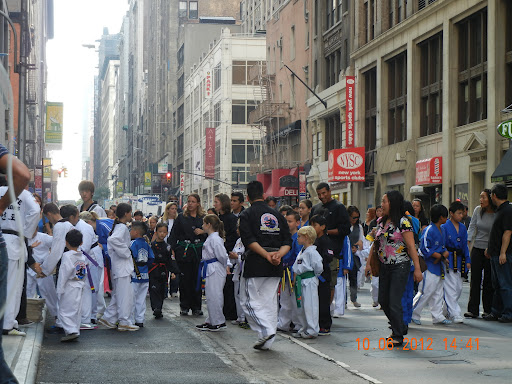 Flower arrangements in the back of a truck, waiting to be delivered. 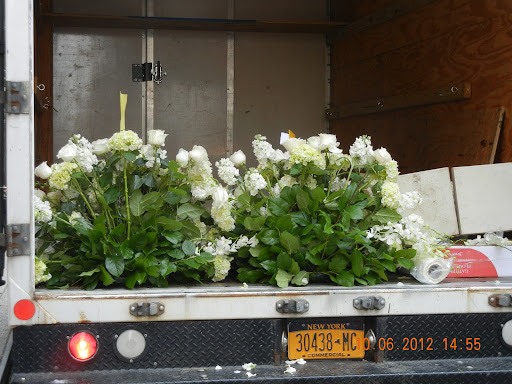 A green spot in the city. I’ve always been impressed by the numbers of trees, parks and growing things in New York City. 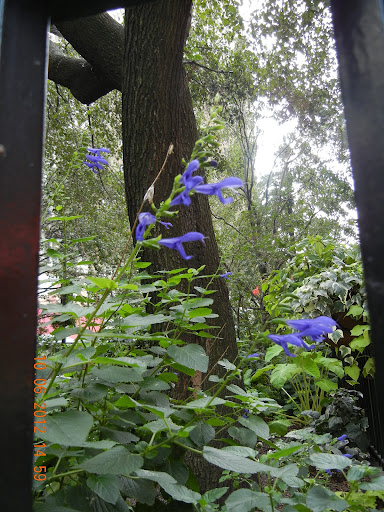 Koreans at the food and crafts fair celebrating Korea Day on Saturday. 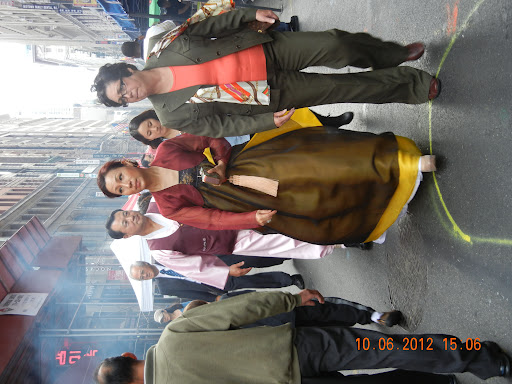 A few blocks away from the Korean Food Fair was another food festival set up in Madison Square Park, with dozens of delicious choices. 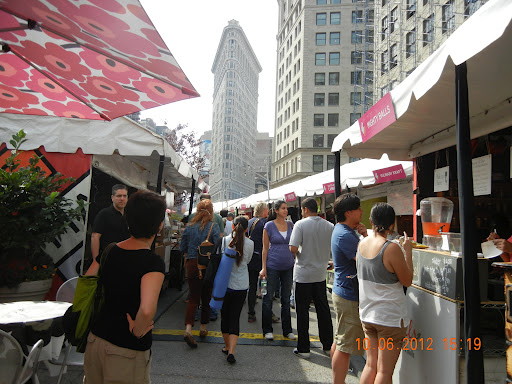 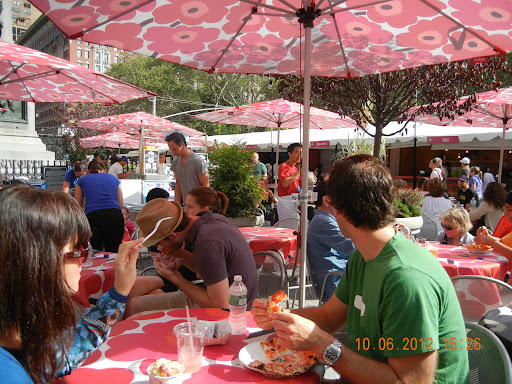 Scooters are the “in” thing for city kids — we saw them in Santiago, Barcelona, and now New York. 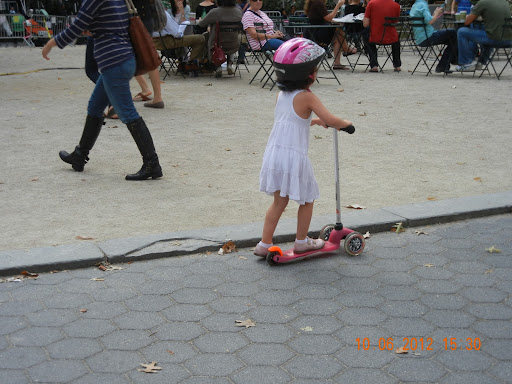 TVs are everywhere — at (some of) the subway station entrances, for the back seat passengers in taxis, on buildings — 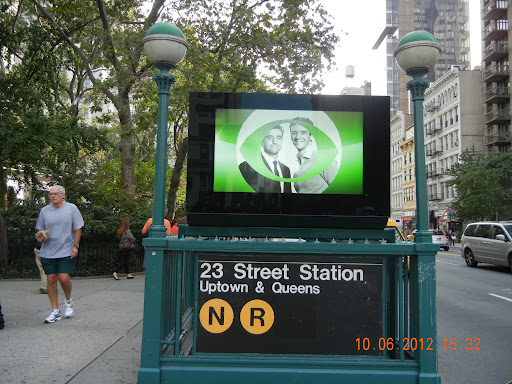 Local grapes for sale at the Union Square Market — but beware; they are buzzing with bees and wasps. 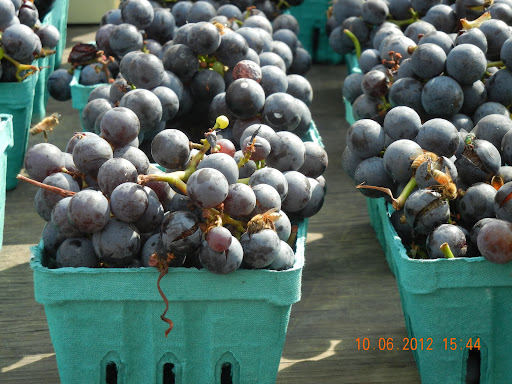 Autumn in abundance at the Union Square Market. 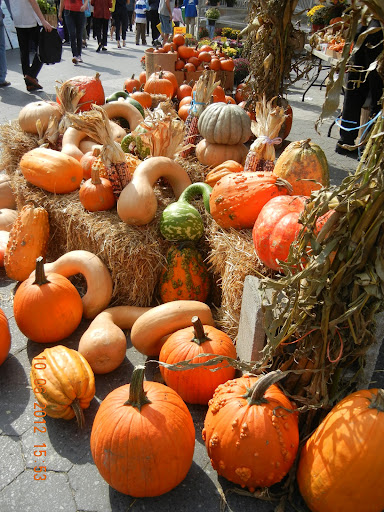 People playing chess at one of a dozen or so chess boards along Union Square, and conveying a message simultaneously. 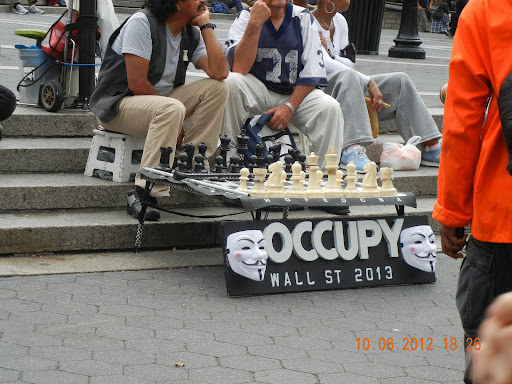 Korean drummers and dancers, later in the afternoon as I walked back up Broadway to the bus station. 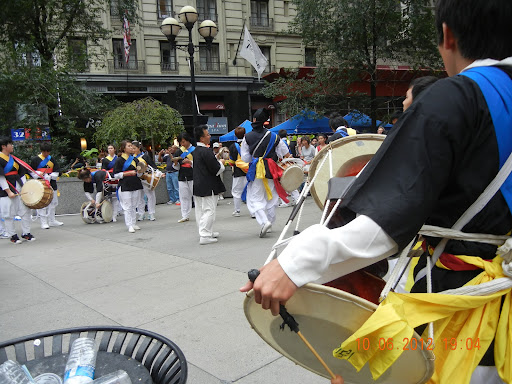 Manhattan skyline in the distance as the bus heads west into New Jersey. 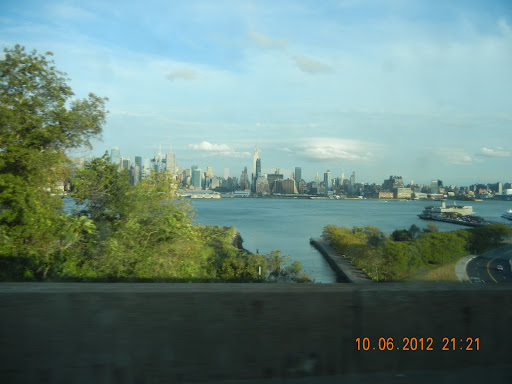