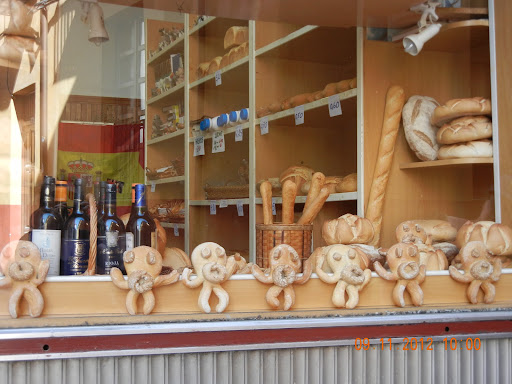 Jim and Anthea admiring art work near the medieval city walls of Leon. Note the bee on the wall at the back of the photo, and the horned Rhino?? head hanging from a crane in the foreground. 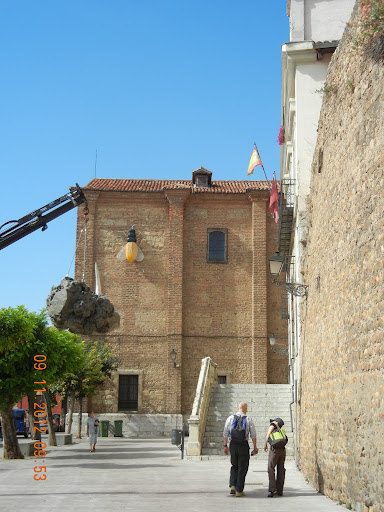 Spires on the cathedral; Jim points out that these helped balance other parts of the cathedral’s weight (he’s asleep and I can’t ask him for the exact facts). 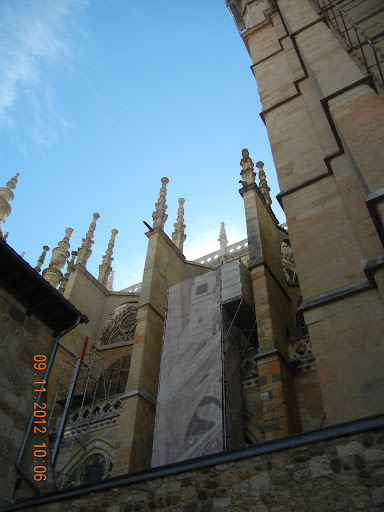 St. George killing the dragon. This is one of many walnut carvings in the choir area, which the guidebook dates to mid-1400s. You can see the princess, just above George, watching anxiously; I’m not sure what the people up above her are doing. 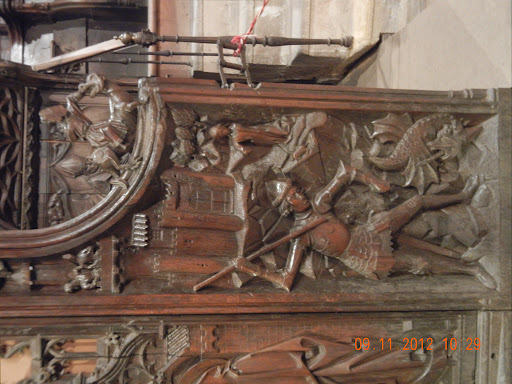 A bat, carved in the choir. The guidebook says that in addition to all of the Old and New Testament scenes, the carvers were allowed to create fantasy figures, all sorts of natural carvings, and representations of myths and fairy tales. 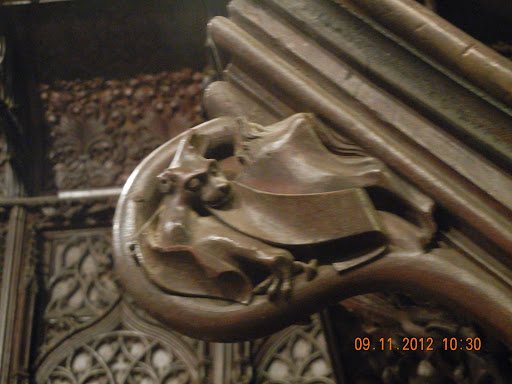 A frog, beneath a small seat in the choir. 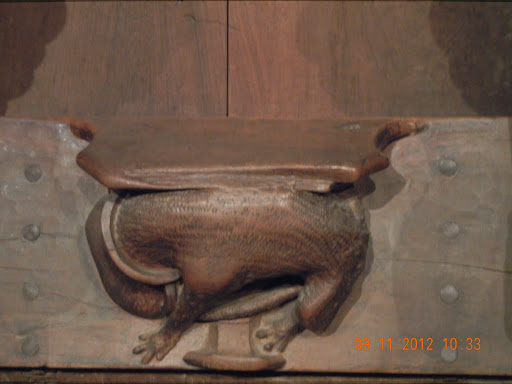 A couple of women above the chairs in the choir. 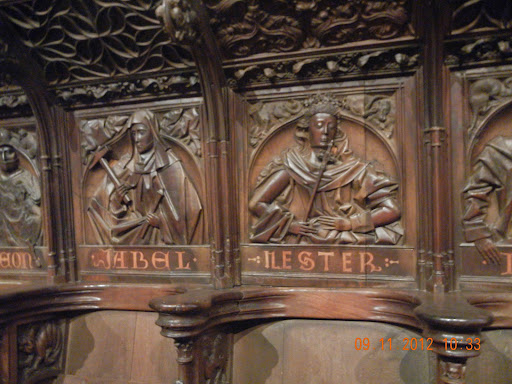 One altar in a chapel in the cathedral, with stained glass above. 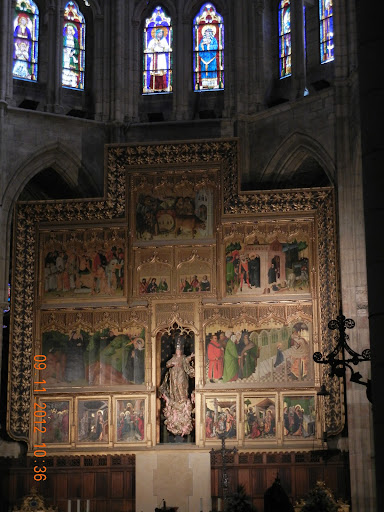 A chapel honoring St. Anthony of Padua, and the Virgin. Most of the chapels seemed to be honoring the Virgin Mary in one way or another. 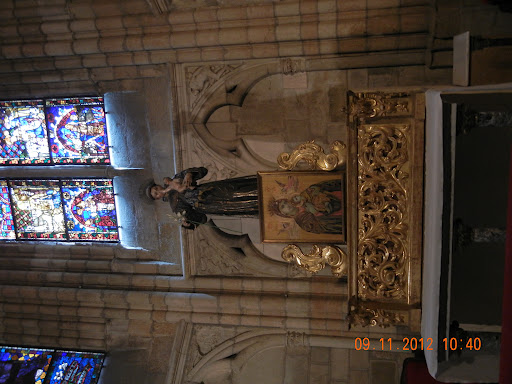 Another chapel honoring the Virgin Mary, with a bouquet of lilies scenting the whole area around it. 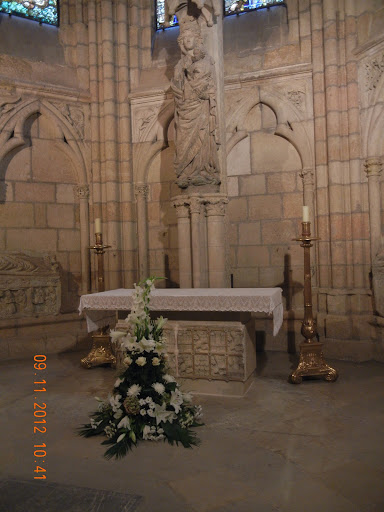 A chapel with a Nativity scene. 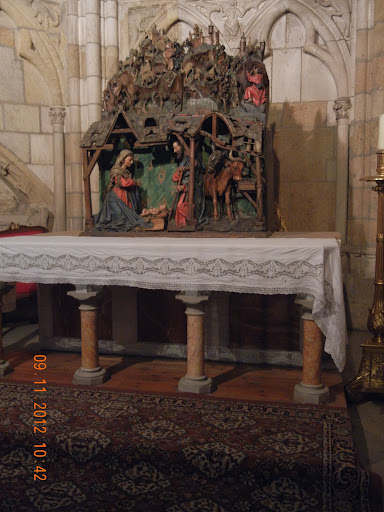 People going about their daily business in the plaza by the cathedral, including a couple of the dozens of little school kids in uniforms who were getting out for lunch time. 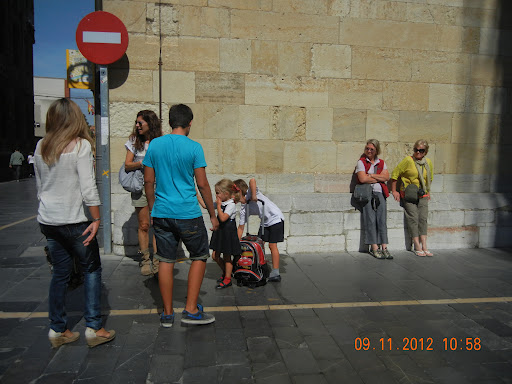 Karen P. from Sand Point, Idaho, who is playing her violin as she makes her way along the Camino. She played “Oh, Susanna” for us, and also “Amazing Grace,” and we sang an old song, “I am a happy wanderer along the mountain track . . .” for her. Anthea posted a video on FaceBook, I think, but I’ll have to send the link later. Note the yellow Camino arrow painted on the pavement behind her, and the pilgrim’s scallop shell in her violin case. 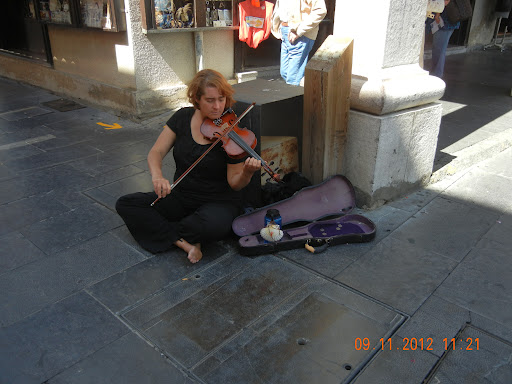 Harley-Davidson in Leon, for Chester and Dan, and our other friends with Harleys. 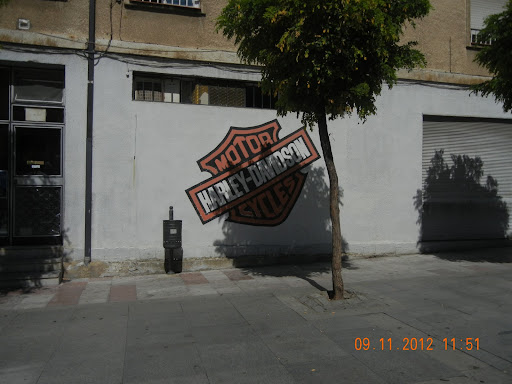 Regina admiring the statues (taken from the cathedral because they were “too Baroque” and placed here) in the cloisters at the Monastery/Hospital San Marcos. Note the carpet laid over the old cobblestones, and the nice furnishings exposed to the open air. Clearly, this is not a climate even remotely resembling Alaska. 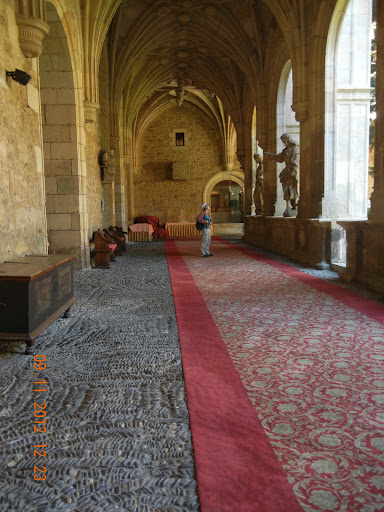 Regina at the Hospital San Marcos. 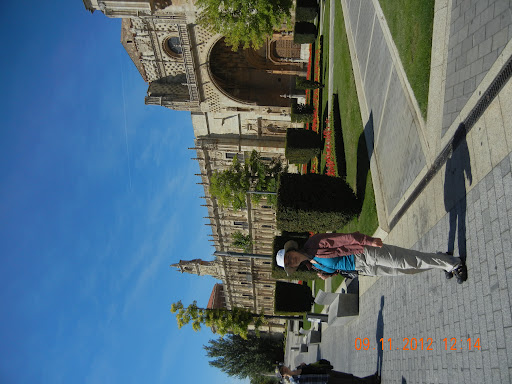