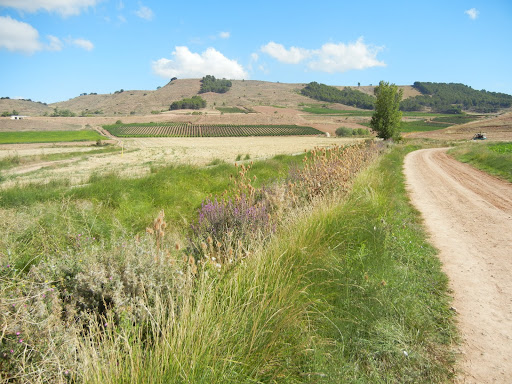 A giant pile of hay bales, eleven high. We can’t figure out how that get them stacked up there. 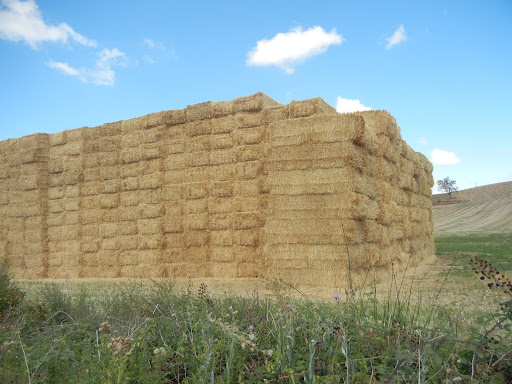 A handful of tiny black raspberries (orange rosehips in the background). 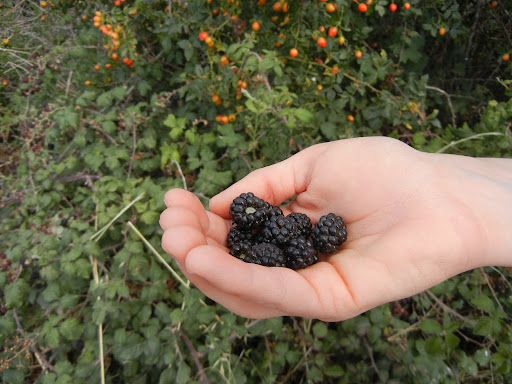 Bindweed along the roadside (cousin to morning glory). 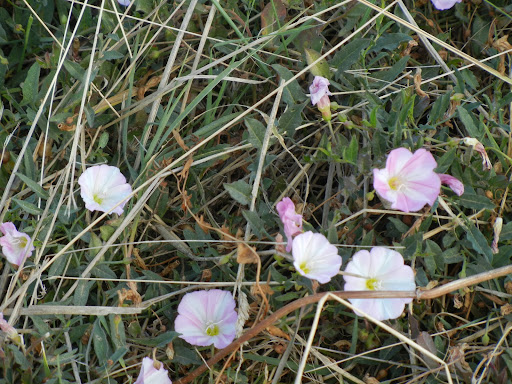 Jim and Anthea relaxing on concrete chairs set out for the pilgrims at a rest area near Ciruena. 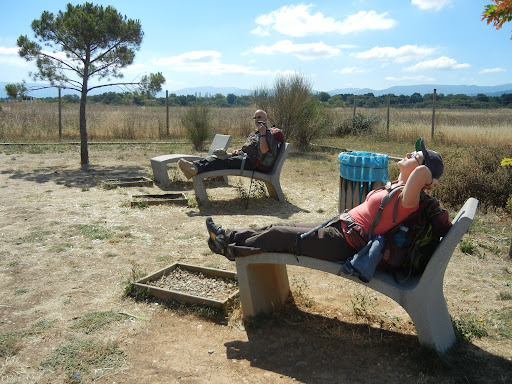 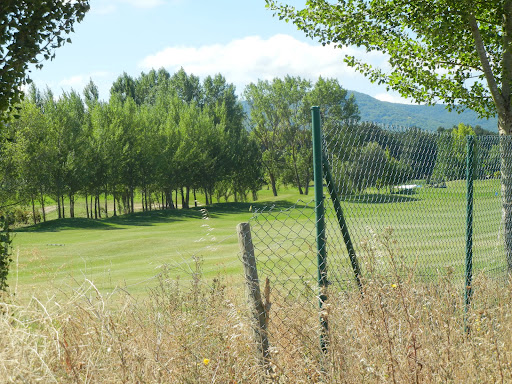 The statue of Mary being carried back into the church after the procession around the square. 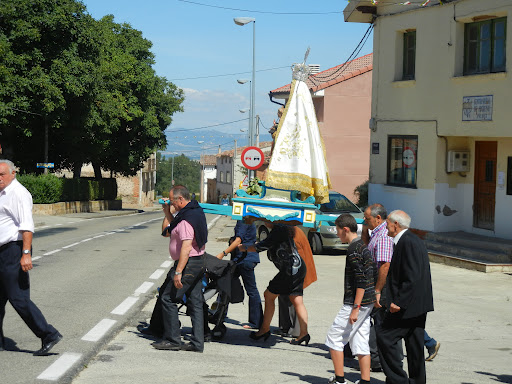 A vendor setting up for the festival at the square in Ciruena. 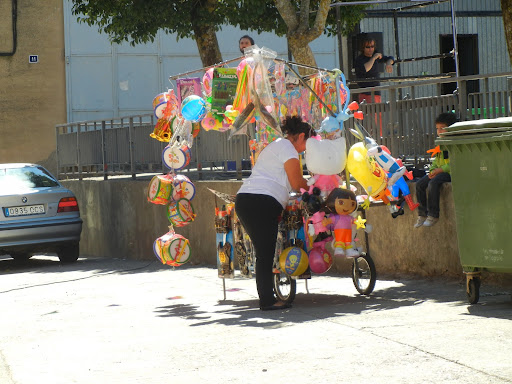 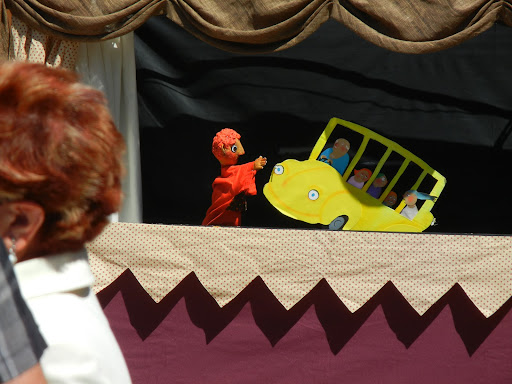 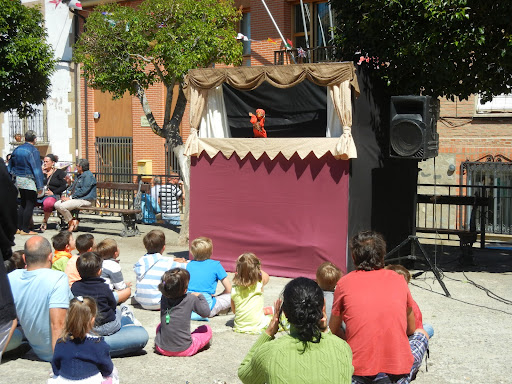 A classic Spanish woman (but you could see her in any Mediterranean country). 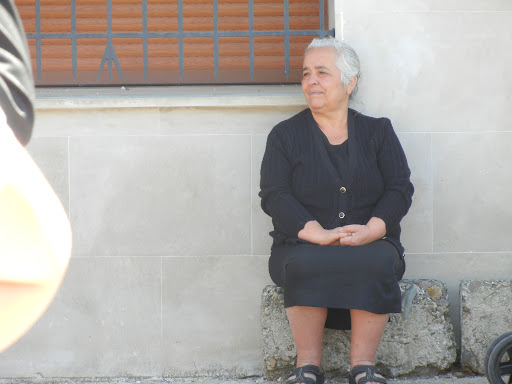 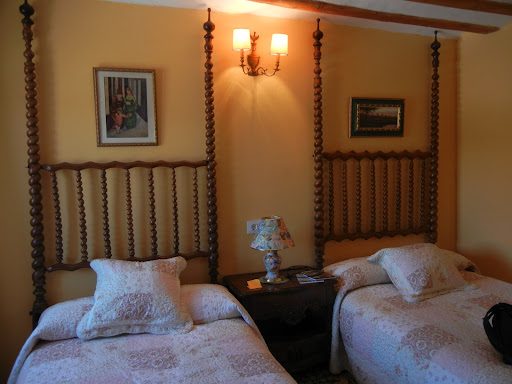 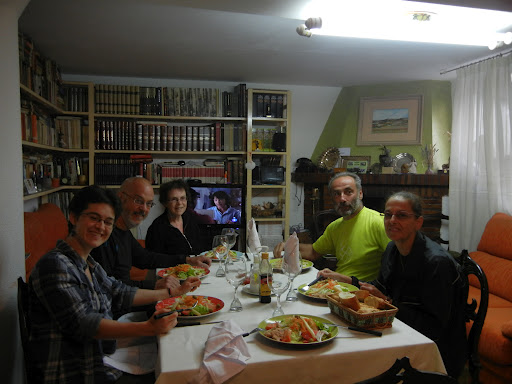 We were served with the finest china and glasses that they had to offer. 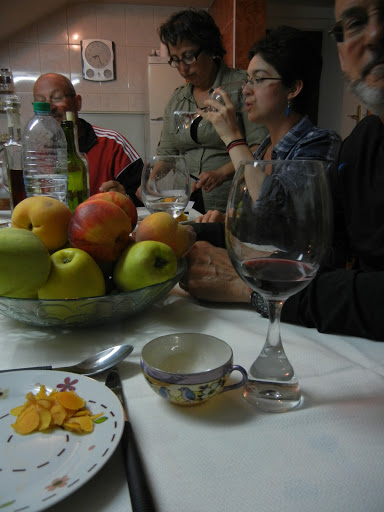 Dancing to the DJ in the evening. 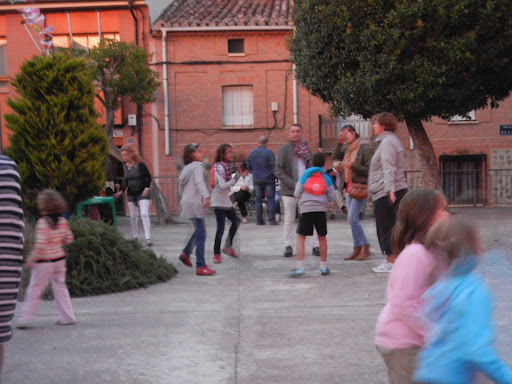 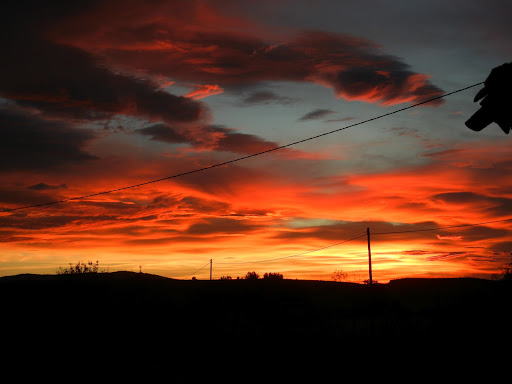