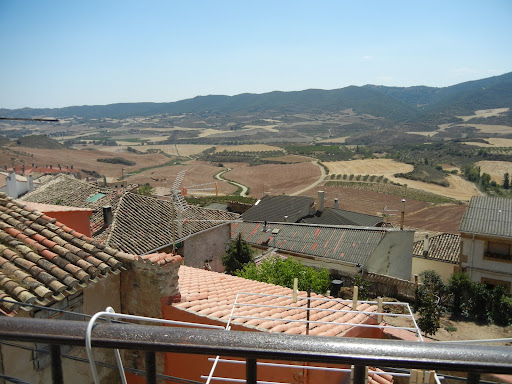 Our charming bedroom, with lace coverlet and carved wood headboard  in Cirauqui. 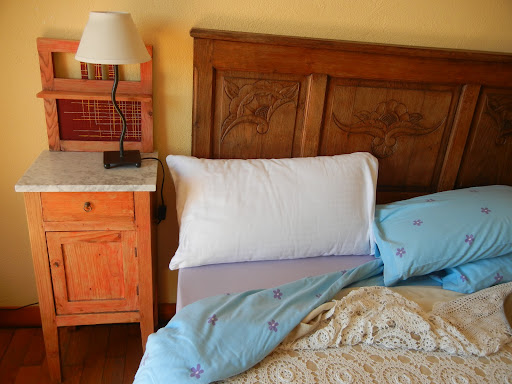 The very gilded Baroque altar in Cirauqui’s main church. The church is Romanesque from the 11th or 12th century, but in many of the old churches, the original altars were replaced a few hundred years later with the much gaudier Baroque styles. 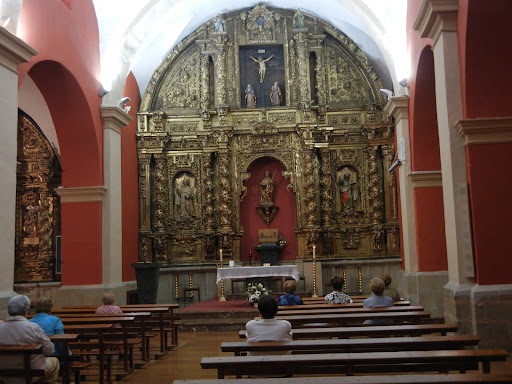 A street view in Cirauqui from the church plaza. 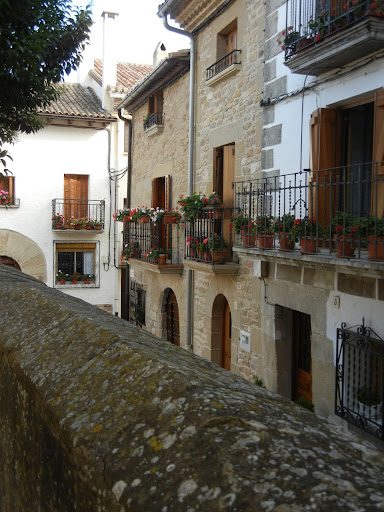 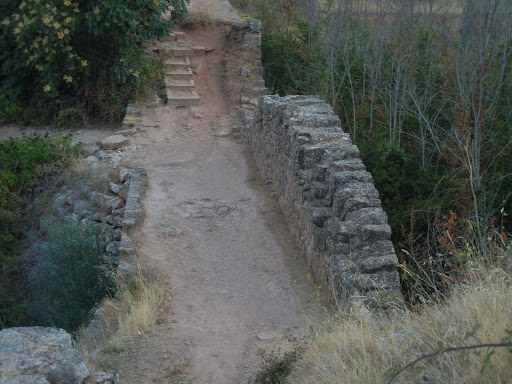 Jim and Anthea on the Roman bridge. 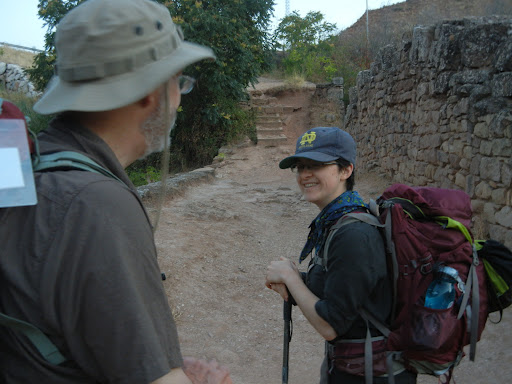 Someone created outlines of the continents on a hillside that we passed this morning. It was too far away to figure out they did it, but they did a great job. 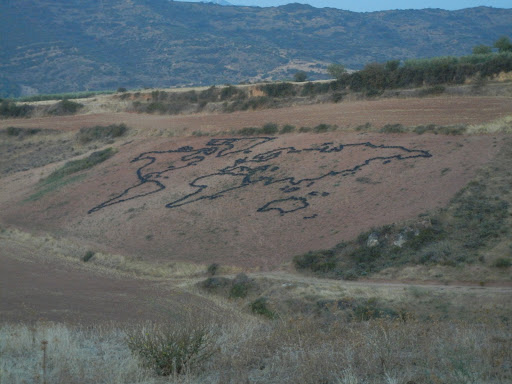 A food truck on the Camino this morning, offering coffee, juice, etc., plus Camino trinkets, hats, walking sticks (not useful ones) and so forth. 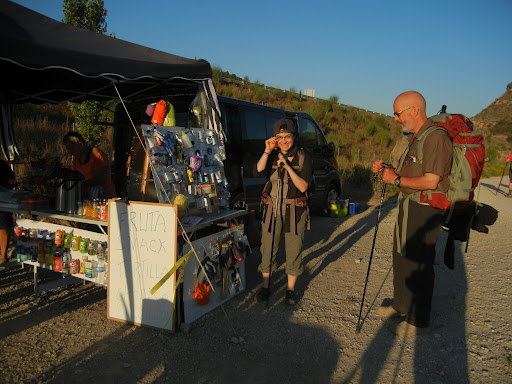 Graffiti in an underpass along the Camino today. 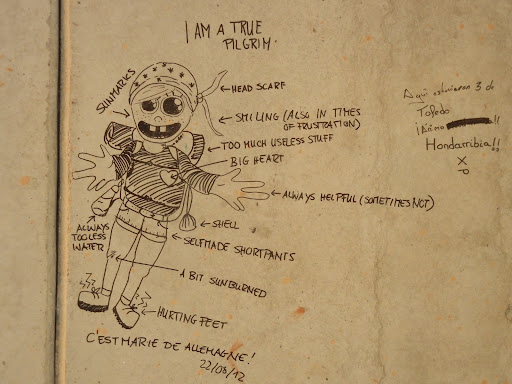 Edgy mannequins in an Estella store. 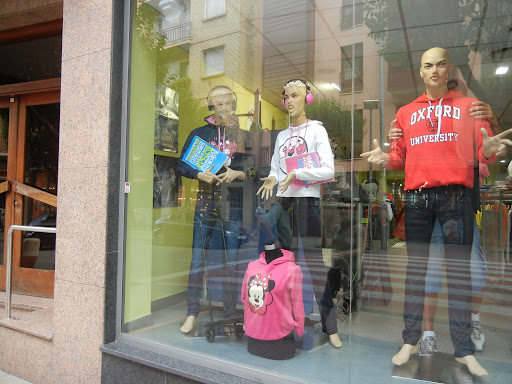 A medieval monster mouth (to the right) eating people, and other sculptures on the Romanesque cathedral in Estella (I think — maybe Pente la Reina?  Getting late). 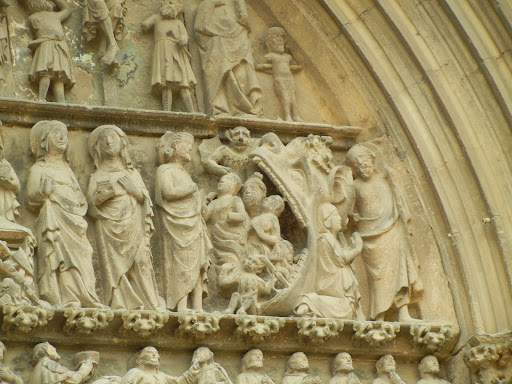