The history of grasses — a timeline

The dates given in this timeline are the best approximations available at the time of publication (March 25, 2014). 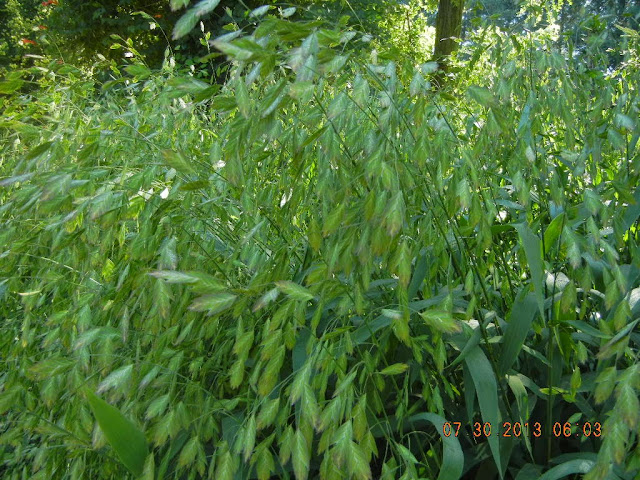 Grasses evolved relatively late among the land plants, near the end of the Mesozoic period. Dinosaurs ate them, as shown in 2005 when scientists found silica from grass leaves in fossilized dinosaur dung. They spread everywhere, adapting to a wide range of conditions because they had:

The climate cooperated as well. No-one knows for sure why the dinosaurs went extinct about 65,000,000 years ago, but cooling climates and ice ages after that often favored mammals and grasses. Herds of ruminants and the animals who ate them for dinner covered much of Africa, the Americas, and Asia. 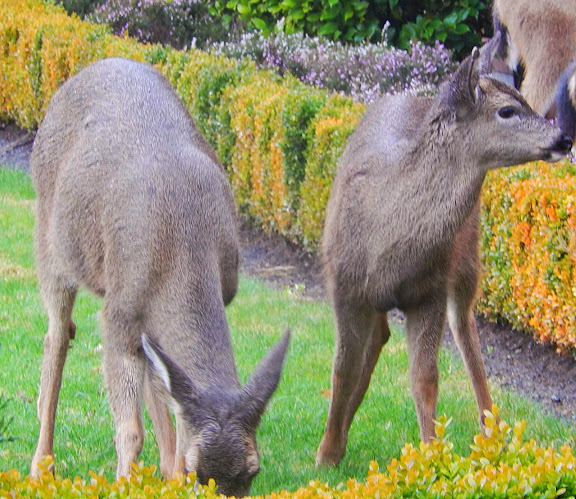 Deer eating grass in Tacoma, Washington, February, 2014. [Photo, TWCarns]
Six million years ago — human ancestors appear
Fast forward through many millions of years to the grasslands of Africa where the earliest signs of humans appeared.

Humans developed their cultures and civilizations in close relationship to grasses. Whether they were feeding themselves or their domesticated animals, or subsisting on wild animals that foraged on grasslands, much of the human diet came — and still comes — from grass. One human ancestor, Ardipithecus, from 4.3 million years ago was eating grass; its members lived in woodlands near the savanna. Other evidence from about 3.5 million years ago suggests that grass was a main component of the hominids (pre-humans) diet, distinguishing them from their primate ancestors who subsisted mainly on fruits, leaves, and insects or small animals.

An artist’s image of Ardipithecus.

About 2.6 million years ago, humans were making stone tools, in the Kenyan grasslands, and elsewhere, while continuing to eat grasses. At the same time, the climate was shifting from more tropical in most places to drier, cooler, and more variable, well-suited to grasses, as shown by a variety of scientific data, from undersea sediments to fossilized vegetation. There’s plenty of evidence that humans were eating meat at the same time as the grasses and other foods, but data suggest that human kidneys and livers are limited in in their ability to process proteins. Too much meat is toxic, and half or more of human calories must come from fats and carbohydrates such as grains. Wheat is the focus of this blog; others have done great justice to the rest of the omnivores’ diets. 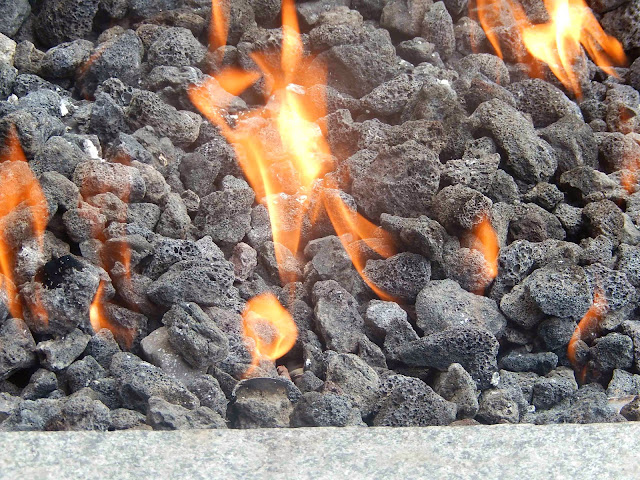 When did people begin to cook grains, whether by roasting them, boiling them, or in some other fashion? The evidence is so murky that it’s probably better to be cautious rather than to say that anyone knows with certainty. One study looked at the size of hominid molars from about 2,000,000 years ago, and suggested that they were much smaller than those of related primates because hominids needed to spend much less time and energy chewing food — only possible if they were cooking it.

Tools for grinding grains appear well before humans domesticated the grasses with agriculture. Excavations have found stones that were used to grind tubers and grains in Italy, Russia, and elsewhere. A flat stone found in Israel in 1989 had been used to pulverize barley, and possibly wheat. The earliest evidence of wheat ancestors, such as wild einkorn and emmer, dates from about this time as well. 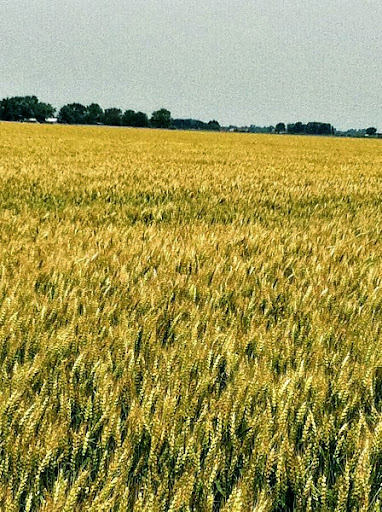 Finally, we get to agriculture when people began to deliberately plant crops — mostly grains — and cultivate the ground. Notice that by the time agriculture begins, people had been eating grains for most of the multi-million-year history of hominds; they had been cooking grains for perhaps two million years; and they had been grinding grains into pastes (and probably cooking the pastes) for tens of thousands of years.

Most of the existing evidence for the earliest farms is from archaeological sites in the Middle East. Agriculture would assure a reliable source of grains and legumes for proteins to supplement meat. People had been eating wild wheats, and they were among the earliest plants to be cultivated.

A fox and other carvings on stones at Gobekli Tepe. [Photo, Smithsonian]

One of the most interesting possibilities for the origins of agriculture comes from a site in southeast Turkey, Gobekli Tepe, where excavation began in earnest in 1994. Stones, some that are sixteen feet tall and quarried with flint tools from about 11,000 years ago suggest a temple or burial site. Many have sophisticated carvings of everything from lions to snakes, vultures to spiders. Twenty miles away, a village site contains the earliest evidence of domesticated wheat, from 10,500 years ago. Within a few hundred years after that, signs of domesticated sheep, cattle, and pigs appeared in the area. Klaus Schmidt, the archaeologist who began excavating Gobekli Tepe suggests that the need to care for the large numbers of hunter-gatherers while they were building the monuments led to villages and thence to agriculture, rather than (as has often been thought) agricultural settlements leading to formal religions.

10,000 years ago to the present: Mesopotamia to Monsanto 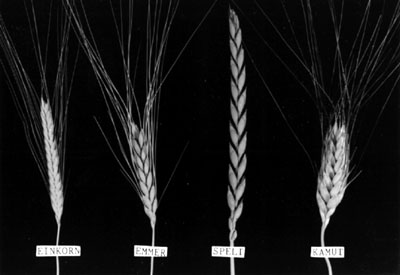 Wheat has changed so drastically that none of the wheat strains most commonly cultivated in the 20th and 21st centuries would have been found in Mesopotamia, at Gobekli  Tepe and elsewhere.  What’s more, the wheat grown in the past fifty years, since the “Green Revolution” differs greatly from the wheat that farmers grew before the 1950s. Some of the most important changes during the past ten millenia include: 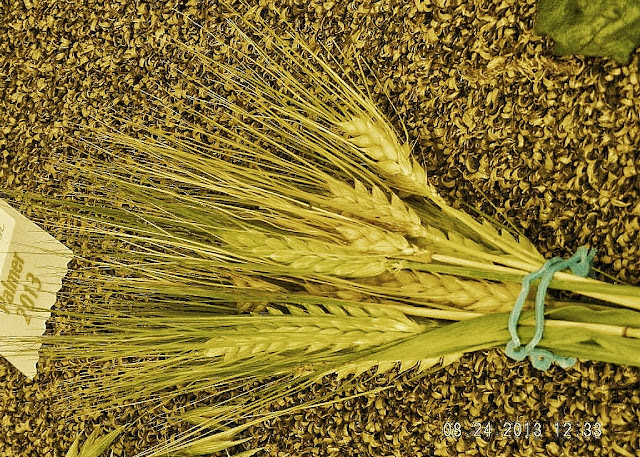 Wheat displayed at Alaska State Fair, 2013. [Photo, TWCarns]
Wheat’s future, despite many concerns about celiac disease, gluten sensitivities, and its healthfulness, seems assured after so many years of serving as one of the most important foods in many parts of the world. The great majority of people are not sensitive to gluten, and wheat provides substantial percentages of the protein, carbohydrates, and nutrients needed daily. 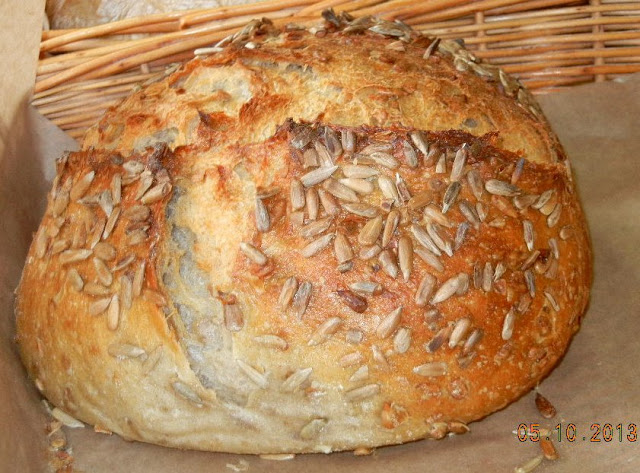