The Pilgrims’ Mass in Santiago, and other sights 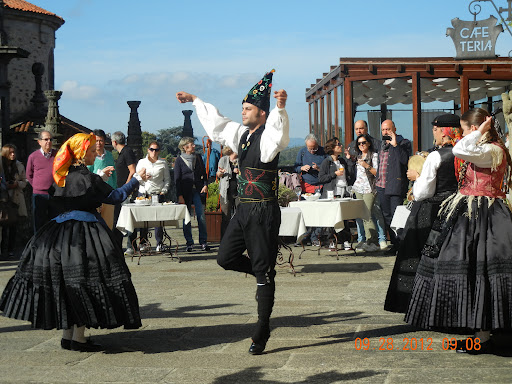 Swarms of Spanish police in the main square a little before noon. We thought maybe they were expecting demonstrations (there have been a number of these recently, especially in Madrid, that we’ve seen on TV), but soon they all piled into vans and sped away, so we decided maybe they just changing shifts. 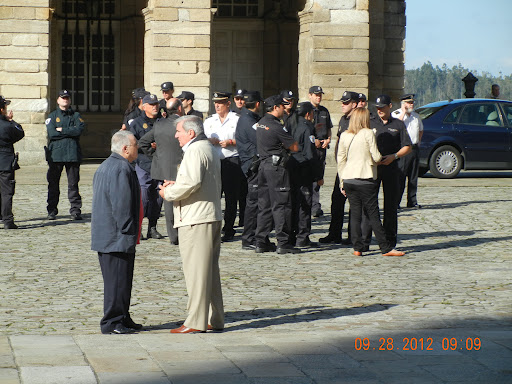 A pilgrim backpack waiting for Mass. 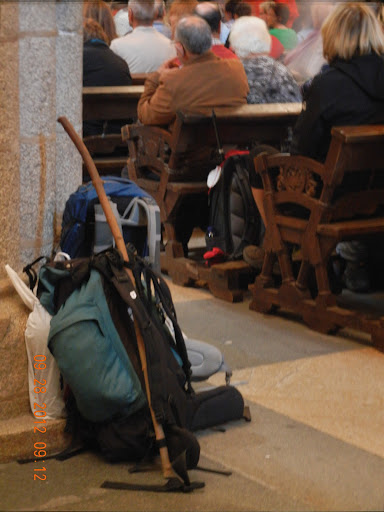 The Butafumeiro and the church’s arched ceiling. 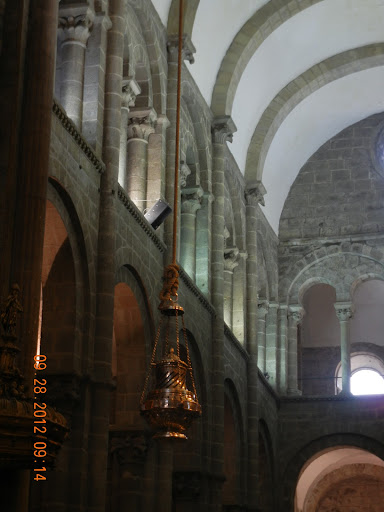 The ropes for the Butafumeiro. 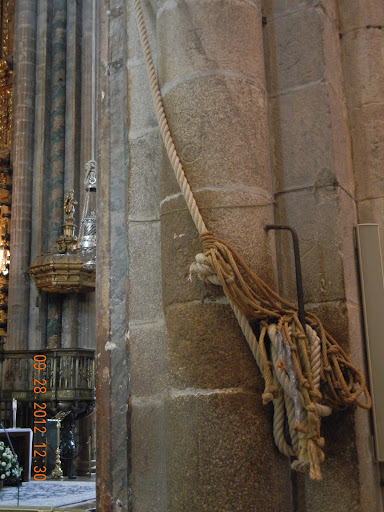 Notice the pilgrim head behind St. James’s shoulder. Stairs lead up behind the statue so that people can hug the saint, or say prayers. 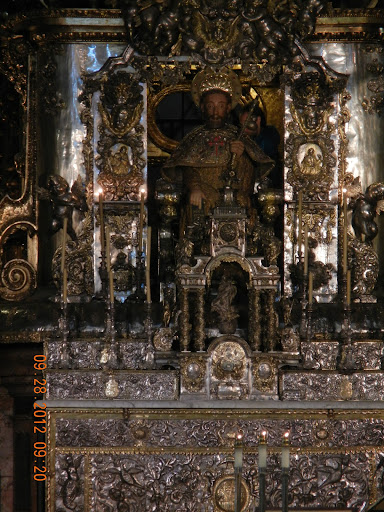 A “Black Madonna” in one of the chapels around the perimeter of the cathedral. Several similar statues are honored in different places in Europe; from what I’ve read, they’re black because the original varnish has discolored. The cathedral has a dozen or more chapels honoring Mary and various saints. 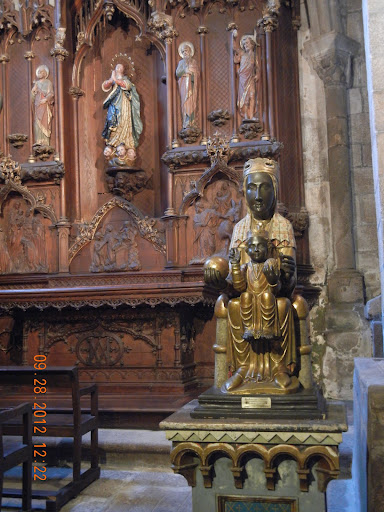 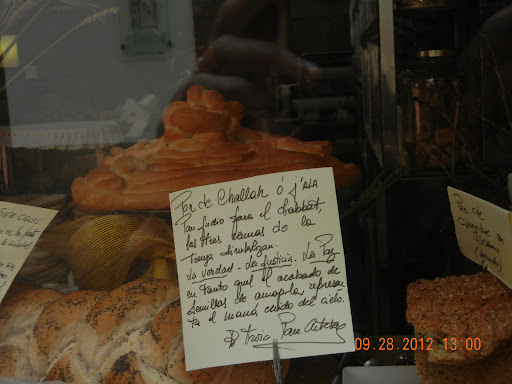 A pair of faces on a set of church doors that we liked. 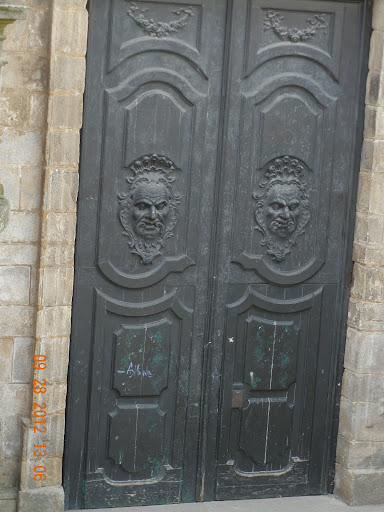 A laughing cheering bunch of student pilgrims from a Spanish school making their way along the Camino. Their chant sounded a lot like a football game — they were clearly having a good time. 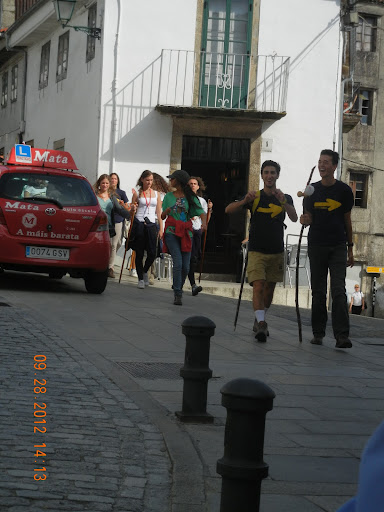 A palm tree in a park. We see more of these in Galicia than in the rest of the north of Spain; they are more common in the south. 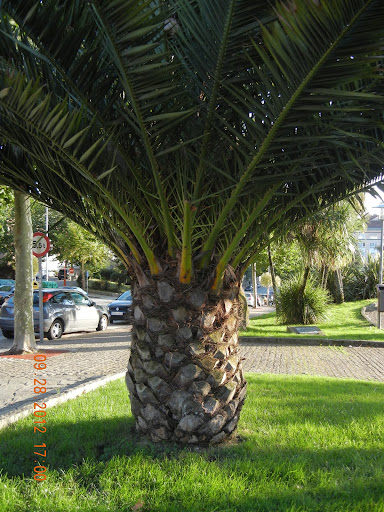 The Carns-Lazio crew after a relaxed day; we only walked about 9 miles today. 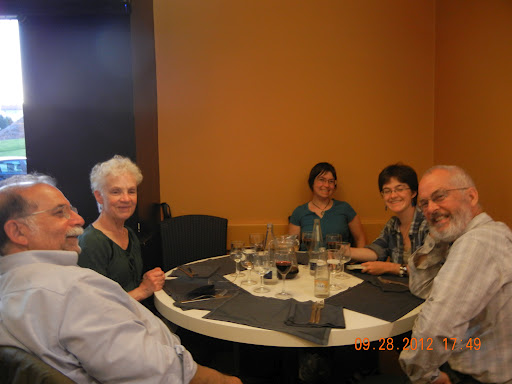