Posted on October 16, 2012 by Road Trip Teri
And tomorrow we’re off. We’ve called the cab driver who’s a fan of Catalan independence, and have arranged to walk to the market with Peg and Tom for breakfast. Then they will head for Montserrat, and we will go to Newark via London. I try to spend my pre-flight time packing and double-checking lists, rather than thinking about how many hours we’ll be in the air.
Today we agreed on laid-back beach and wi-fi time for the Carns family, and some more exploring for Peg and Tom. We all got breakfast at the market again — croissants, flatbread, raspberries, cherry tomatoes, and of course, coffee. Walking to the beach took us a little out of the way — the regular route was blocked by security that had been set up for a boat show that ran for several weeks and ended today. Back on the main route we spotted evidence of the show — carnival equipment packaged up and ready to move on to the next event.
Lunch (delicious, and accompanied by a pleasant breeze) was at a cafe with tables out on the boardwalk that edges the beach. The four of us walked a few blocks to the Frank Gehry fish statue that came to the waterfront (I think) during the 1992 Olympics and Anthea found a spot to sunbathe. I joined her later, while Tom and Peg went off to explore the medieval and Roman parts of the old city and Jim headed back to the hotel for a rest. The beach was crowded with sunbathers, hundreds of them, but only a few dozen people braved the water to swim — much too cold.
Our path home from the sunshine led through the mall for some wi-fi time, checking on plane tickets and New York City arrangements. Dinner was back on Las Ramblas — every meal there means a two and a half mile round trip, so extra gelato for dessert. We’ve done pretty well in Barcelona at continuing to walk — on the 30th, 1st and 2nd, we averaged about twelve miles a day. We’ve noticed that sunrise and sunset come nearly an hour earlier each day than they did in Santiago. Because we went 400 miles due west, and then went east back to Barcelona,the sun was up an hour earlier. That would have been handy on the Camino.
Statues on a balcony. 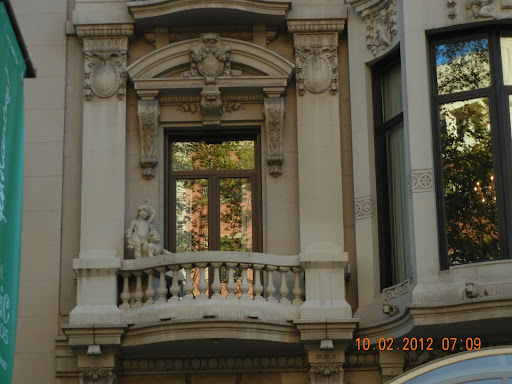 The Titanic carnival ride, after the boat festival, packed up and ready to move on to entertain a new batch of festival goers. 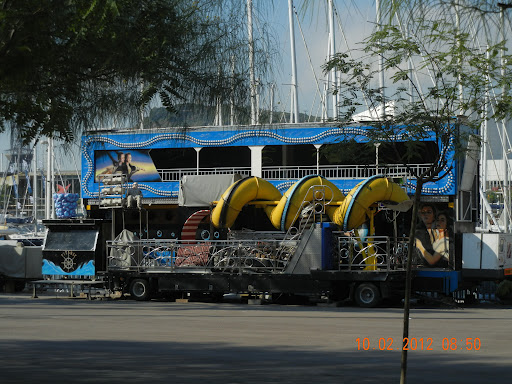 Kermit and Miss Piggy, moving on from Barcelona. 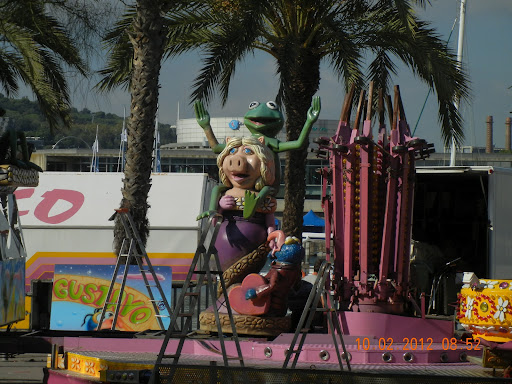 Sunbathing, minus the sand. 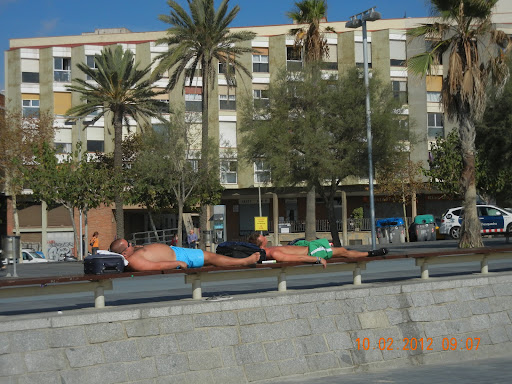 One of several tables full of mainly older men, playing dominoes along the beachfront. 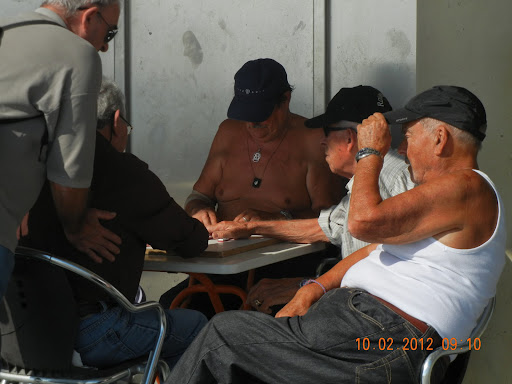 A “mixed vegetable” salad for lunch. They almost always include tuna, which the Spanish have persuaded themselves is of the plant persuasion. 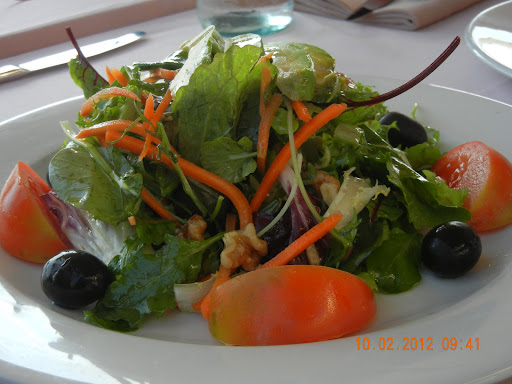 Guys playing a version of beach volleyball that doesn’t allow the use of any hands. 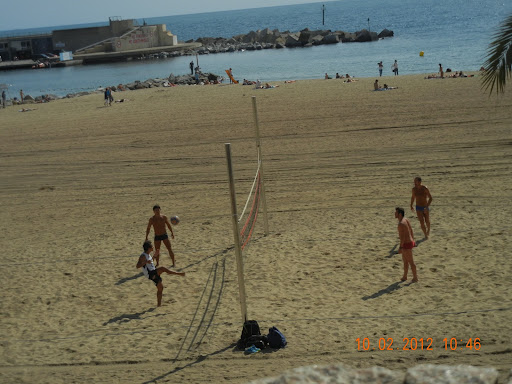 Fish sculpture created by Frank Gehry for the 1994 Olympics. 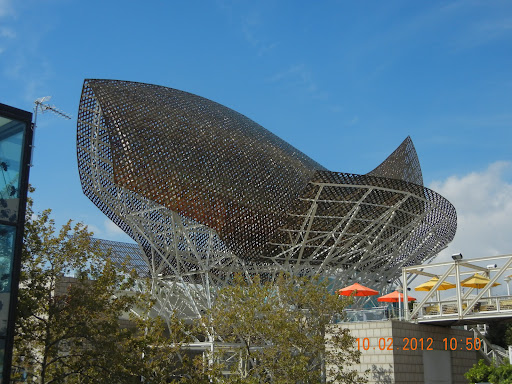 Waves rolling in. The water was cold enough that I could easily see myself seated on the sunny beach rather than wading out it to swim. 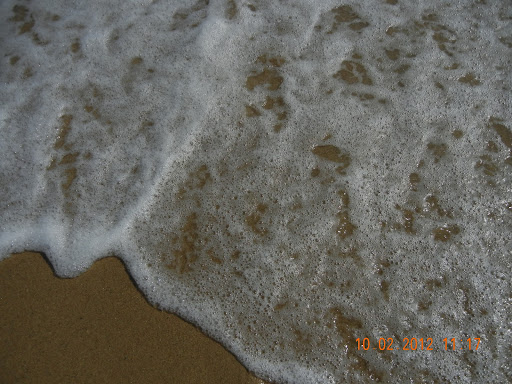 Pigeons on the beach. We were delighted to see them, but found that they have replaced gulls on the beaches. Perhaps it was because it was so cold? 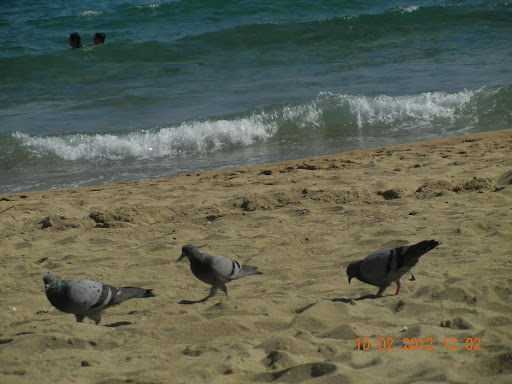 Ships and boats in the harbor. 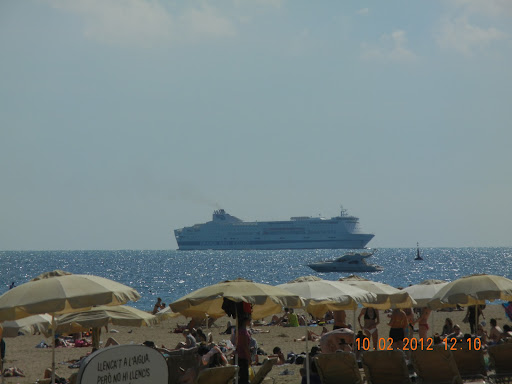